With last week’s release of the Motorola Droid Bionic, Verizon Wireless gained a new (and much anticipated) superphone that takes advantage of the carrier’s speedy 4G LTE network. This 4.3-inch, dual-core powerhouse took its sweet time arriving, though many have already deemed it worth the wait. But is the Bionic the ‘droid you’re looking for? The HTC Thunderbolt 4G made a big splash earlier this year, offering fast speeds and a roomy display. Both phones have a higher than average price tag ($299 for the Bionic, $249 for the Thunderbolt), but both can be had for less than the sticker price if you’re a savvy shopper. If speed and price are equal, which should you choose, the Bionic or Thunderbolt?

In his review of the Bionic, Josh said that it’s “definitely the best designed 4G LTE smartphone on Verizon” thanks to the light weight, slim profile, and how good it feels in the hand.

I agree that the Bionic’s holdability/comfort factor is high, I don’t rate it above the Thunderbolt’s. Holding them at the same time, you can tell that the Thunderbolt is slightly heavier, but with a difference of just 0.2 ounces (5.8 vs 5.6) it’s not dramatic. They’re both relatively big phones, so neither is going to float in your pocket.

The design elements that put the Thunderbolt ahead of the Bionic are practical, not flashy. The kickstand in back is a useful addition I wish more smartphone makers would adopt. I use it every day and really glad that it works in both portrait and landscape mode. 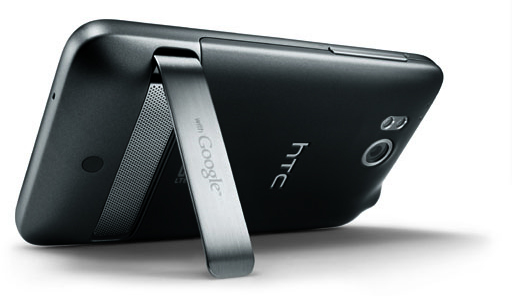 Under the back cover, both phones offer access to the battery, 4G LTE SIM card, and microSD card. However, the Thunderbolt’s cards are accessible without having to remove the battery. Plus, the battery doesn’t require a struggle to change.

HTC was the first manufacturer to bring 4.3-inch displays to a U.S. carrier with the EVO 4G. Since then several Android phones have gone big, including Motorola’s Droid X, which debuted a few months later.

A 4.3-inch screen graces both the Bionic and the Thunderbolt, but this time Motorola brought something extra to the party: higher resolution. The Bionic’s 540 x 960 pixel display is a step up from the 480 x 800 found on the Thunderbolt and most other smartphones.

A higher resolution allows for even more screen real-estate but isn’t so high that you’ll be squinting at tiny text and icons. For users who do a lot of on-screen reading, the phone can fit more text in a single screen, so you won’t have to scroll or turn pages as often. Higher resolution also improves the video watching experience.

The Bionic’s display fares much better in the sunlight than the Thunderbolt — as in, you can actually see your screen. It also has superior viewing angles.

Colors are richer on the Thunderbolt, which is better for showing off photos.

Based on specs alone, the Bionic has a big advantage over the Thunderbolt. Inside Motorola’s baby is a dual-core 1-GHz Texas Instruments processor backed by 1GB of RAM (the same CPU/RAM combo in Android tablets). The Thunderbolt sports a single-core 1-GHz Qualcomm Snapdragon CPU and 786MB of RAM.

Does your smartphone need a dual-core processor? The answer for right this moment: No. The Thunderbolt is a snappy performer, even with HTC Sense adding to its load. And most apps aren’t going to tax a phone so much that you’ll notice the difference. Right now. However, the trend is for more power and more complexity. The Bionic will remain snappy and powerful even as apps hog more resources.

On the battery life front, the Thunderbolt gets an undeservedly bad rap for having terrible battery life, in my opinion. 4G LTE does suck the life out of it, but thanks to these really simple tweaks I’ve been able to get at least 12 hours on a charge with mine. I will admit that I still carry around a charger just in case, because sometimes that 12 hour mark sneaks up on me.

It looks like the Bionic has a similar issue, again thanks to the 4G. The phone lasted between 10 and 16.5 hours on 3G (syncing 2-3 email accounts, auto brightness on, a hour of hotspot, 30 to 60 minutes of calls), which is about the same for the Thunderbolt.

As of this post, the Droid Bionic is running Android 2.3 while the Thunderbolt is still on Android 2.2. However, a promised update to 2.3 is coming soon, according to HTC and Verizon. While having the latest version of the OS is nice, the differences between them aren’t big enough to score a win for either phone. What users will notice more is the difference between the user interface skins HTC and Motorola add to the phones: the Bionic sports MotoBlur, the Thunderbolt has HTC Sense.

Given the choice, I would pick Sense over MotoBlur any day. Sense has better aesthetic design (subjective, I know) and more useful apps and widgets. MotoBlur’s biggest drawback on previous phones is how much it slowed down the entire operation. That’s not a problem on the Bionic thanks to Tegra. Still, MotoBlur hasn’t improved in looks nor are the widgets as snazzy or robust. For someone who is used to having certain bits of information ready available via a single tap on a Home screen, going to anything less useful is a pain.

Josh has used both phones for a week now and says: “HTC Sense on the Thunderbolt has a clear win on the looks and functionality. The only MotoBlur app I prefer over Sense is the contacts widget, which drops down to reveal more contacts when you want them. In terms of getting around, Sense feels more mature. But I wouldn’t make Sense vs. Blur a defining factor in my purchase decision.”

Since both phones come from Verizon Wireless, they have similar pre-loaded app offerings, otherwise. One nice inclusion on the Bionic is the data usage widget; you’ll need it if you don’t have the unlimited data package.

For those of you who intend to use either of these devices as a phone, as crazy as that sounds, there is a difference in call quality. In tests indoors, in a moving car, and out in the wind, the Bionic produced better audio than the Thunderbolt. Not surprising, as Motorola phones often come ahead in this department.

Though calls using the speakerphone produced decent audio, the Thunderbolt’s speaker is louder overall. When playing audio from Google Music or watching Netflix video, the Bionic needs external help. The big speaker on the back of the Thunderbolt serves it well, even with light background noise.

Both produce good audio quality when connected to external sources.

Even with a louder speaker for multimedia on the Thunderbolt, the better call quality puts the Bionic over the hump in this category.

Both phones have 8MP cameras on back and 2MP ones on front for video chat and self portraits. Motorola gave the Bionic the ability to record 1080p video with the rear camera whereas the Thunderbolt is limited to 720p HD.

Though the Bionic does full HD video, the Thunderbolt has superior quality.

This proved true for still shots as well. Plus, the Bionic’s camera app is less easy to use. 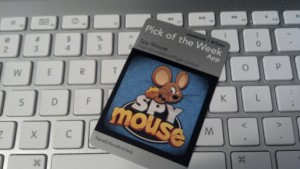 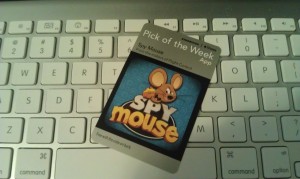 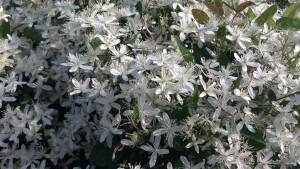 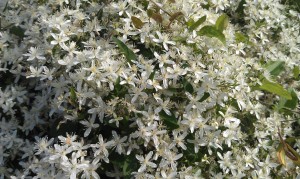 Along with a faster processor, the Bionic comes with more internal storage space: 16GB to the Thunderbolt’s 8GB. Users will only get to use a portion of the Bionic’s 16GB drive. Even with “just” 3.5GB of space for apps and 8GBs for data and media storage, the majority of owners aren’t going to fill that up in a hurry. Plus, the microSD slot will take cards up to 32GB, just as on the Thunderbolt.

HTC shipped their phone with a 32GB card in place, whereas the Bionic comes with a 16GB card. A win, either way. 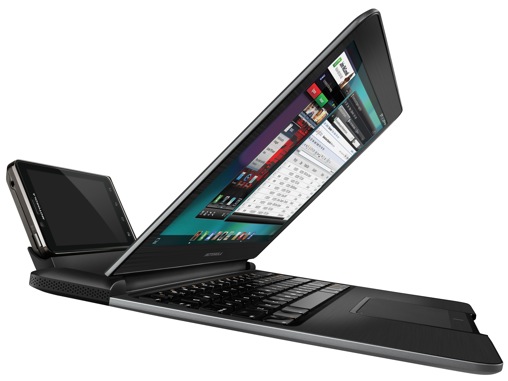 Like the Motorola Atrix before it, the Droid Bionic has optional expansion options that turn it into something more than a phone. The laptop dock ($299), HD Station ($99), and Adapter for Webtop ($29) all activate the Webtop interface, which allows for functions not normally found in Android phones.

Whether these accessories are worth the price is still in debate. Our friends at Laptop Magazine didn’t like the laptop dock and wish they could get the functionality afforded by the adapter without the physical tethering. The extra productive among us will appreciate the ability to connect a keyboard and mouse either via the HD Station or the laptop dock.

HTC didn’t include HDMI out on the Thunderbolt as they did on the EVO 4G, but at least the phone is DLNA HD compatible, which works for wireless display out when you have a compatible device. 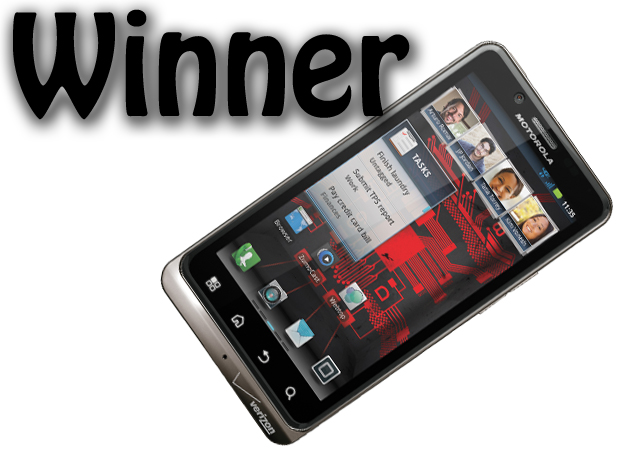 The HTC Thunderbolt is still a great phone, but the Droid Bionic pulls ahead in the categories that count the most.