HTC Sense 5.0 has yet to make its official appearance on shelves, something that has to wait until the release of the HTC One next month, but already, HTC’s new skin is being rumored for a least one device, the Droid DNA, a device that is currently housed on Verizon’s 4G LTE network.

Earlier this month, HTC announced its brand new flagship smartphone, the HTC One, which will be heading to AT&T, T-Mobile and Sprint in the next few weeks. The device offers a 4.7-inch 1080p display, quad-core processor, Ultrapixel camera, Android Jelly Bean, and of course, the new HTC Sense 5.0 over the top of Android 4.1. 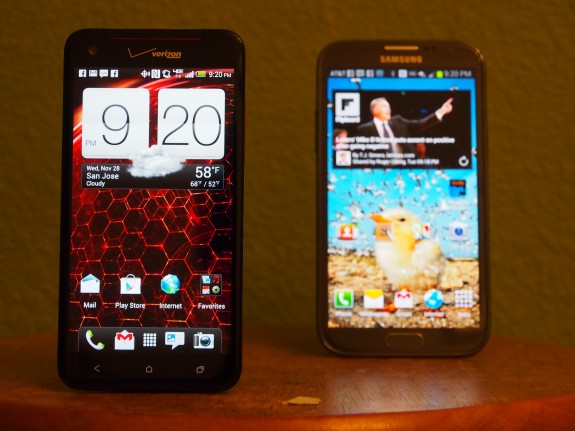 The Droid DNA, at left.

The HTC One will almost surely be the first device to run Sense 5.0, but that doesn’t mean that it will be the only one. In fact, it appears that at least one smartphone in HTC’s lineup might see the UI down the road.

According to LlabTooFeR, an account formerly known as Football4PDA and one that has been reliable with information about HTC devices, claims that the Droid DNA will be getting an update to HTC Sense 5.0 in the next few months though the operator of the account is coy about exactly when the device might receive it.

Apparently, there is also nothing new about other devices which means that owners of the HTC One, HTC One S and the HTC One X+ are going to have to wait on pins and needles for information.

Read: Droid DNA Shown with Sense 5, Thanks to HTC One?. 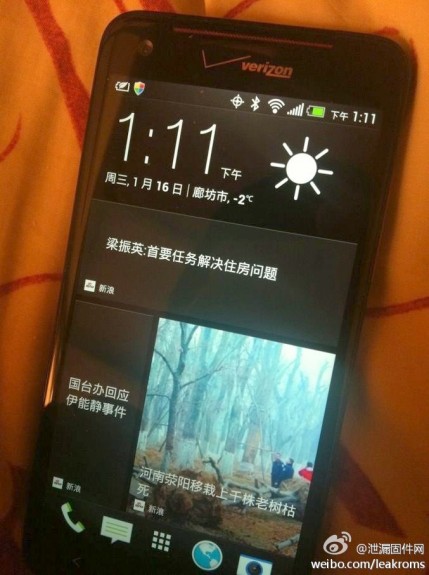 Shortly before the HTC One launch, we saw Sense 5.0 leak on the Droid DNA.

Of course, HTC hasn’t confirmed anything yet so it’s still completely wide open in terms of what devices will get the software, but it appears that the Droid DNA has a very good chance at receiving the update somewhere down the road. We imagine the wait will be considerable given that the HTC One isn’t supposed to land until late next month but given that Verizon doesn’t have an HTC One, at least not yet, getting the Droid DNA up to speed would be a smart thing to do.

HTC Sense 5.0 is HTC’s latest UI and it brings not only a drastic change in the looks department but also new features as well. The Sense 5.0 skin includes new flatter looking widgets that are reminiscent of Windows Phone 8 design as well as the new Blink Feed widget which is a news feed with over 1,400 media sources including ESPN, MTV and other.