Earlier this week, we saw conflicting information emerge about the missing Droid Incredible 2 Android 4.0 Ice Cream Sandwich update with HTC claiming that it would dole out more information when it got closer to its release date and a noted HTC insider saying that it may never roll out. Now, we have some potential information that seems to lean toward the latter being the case, though nothing is for certain yet. 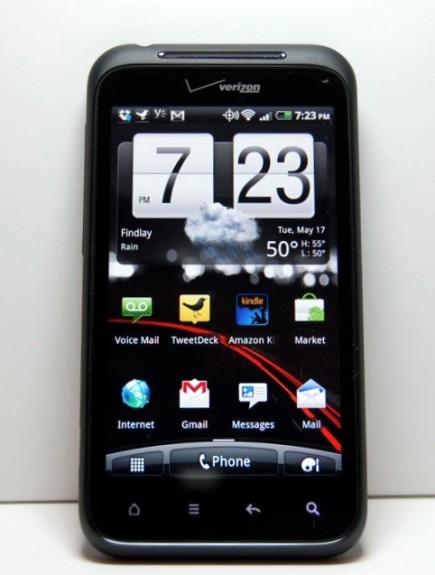 The Droid Incredible 2 may never get Android 4.0 ICS.

Unsurprisingly, Droid Incredible 2 owners have been inquiring about the Ice Cream Sandwich update. They have taken to Twitter to ask HTC about its whereabouts and have been told that it will release details when the software gets closer to release, a hint that something may be on the way.

Others have gone with less official routes, asking noted HTC insiders for information. @LlabTooFeR, who has been accurate with HTC information in the past, has said that the Droid Incredible 2 Ice Cream Sandwich update won’t roll out.

Since then, we have heard from one owner who says he has been hounding Verizon for answers in regards to the whereabouts of the missing update. According to him, multiple Verizon Customer Service Representatives and Technical Support Representatives have said that only 4G phones will be getting Ice Cream Sandwich.

The Droid Incredible 2, which arrived after the 4G LTE enabled HTC ThunderBolt, is a 3G-only phone and can’t utilize Verizon’s 4G LTE network.

Neither HTC nor Verizon has confirmed anything just yet so treat this as a rumor. However, it does seem to line up with @LlabTooFeR’s sentiments. Something else to note is that Verizon has been adamant about moving people off of its 3G network and onto its 4G LTE network.

With the Droid Incredible 2’s two year anniversary coming up, perhaps the carrier does not want to provide Droid Incredible 2 owners with incentive to continue using their 3G smartphone. An update to Android 4.0 would do just that. It also doesn’t help that the HTC ThunderBolt ICS update rolled out to mixed reviews.

There is, of course, a possibility that Verizon will roll out the update closer to the device’s birthday which falls on April 28th. Also helping it is the fact that is brother, the HTC Incredible S, received Android 4.0. At this point though, nothing, not even a cancellation, is guaranteed.

We have reached out to Verizon about the status of the update but have not been issued a response.