Just one day after the HTC ThunderBolt Ice Cream Sandwich update leaked to the surface, the Droid Incredible 2 Ice Cream Sandwich decided to do the same and it’s now available for owners to get a taste of before the official roll out begins.

XDA-Developers forums, courtesy of Android Police, has leaked a Droid Incredible 2 Ice Cream Sandwich ROM which is based on a leaked RUU straight from HTC.

And while this is not the official version of the Droid Incredible 2 Ice Cream Sandwich update, it will likely hold off owners who have rooted their device until HTC and Verizon decide to push out the update officially.

Fortunately, there should only be a few days left before HTC decides to release the Droid Incredible 2 Ice Cream Sandwich update as the company promised the update by the end of August. August ends in just a few days so hopefully something emerges before then. 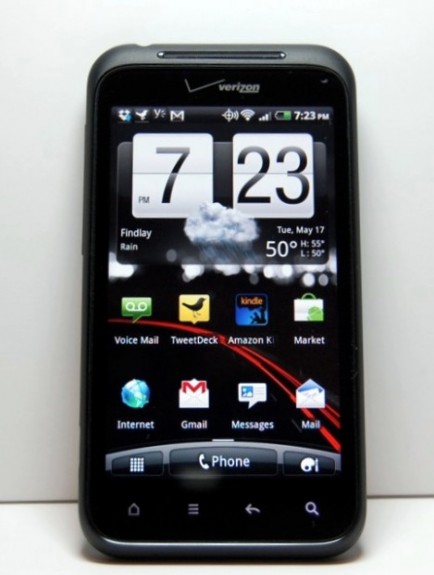 It’s entirely possible that HTC and Verizon will miss that deadline without any sort of explanation. The companies did that very thing with the HTC Rezound ICS update, missing its July deadline by a few days.

HTC and Verizon have yet to announce anything specific so for now, this ROM is as close to ICS as Droid Incredible 2 owners are going to get.

It is though, a sign that good things are on the way.

The leak comes just a day after the HTC ThunderBolt Ice Cream Sandwich update leaked for owners. The ThunderBolt ICS update is another piece of software that HTC promised before the end of August and it would appear that it is on track for an August release as well.

Hopefully, HTC provides specific release dates for both software updates in the coming days in an effort to soothe the minds of device owners who have been waiting diligently for the updates to arrive.