We’re still unsure exactly what the Samsung Droid Prime and Nexus Prime are all about but it appears both of them are getting closer to release as Droid-Life is reporting that the Droid Prime received its Wi-Fi certification a short time ago and the Nexus Prime, not to be outdone, got its Bluetooth CIG certification as well. Neither, of course, reveal a specific release date or launch window but they do indicate that things are progressing and we are getting closer and closer to an announcement and release for both.

The Droid Prime is rumored to be one of two things. A Verizon version of the Nexus Prime or a souped up Galaxy S II for Verizon. Either way, we think Verizon has a winner on its hands with this device, rumored to be the first to arrive with Android Ice Cream Sandwich on board. 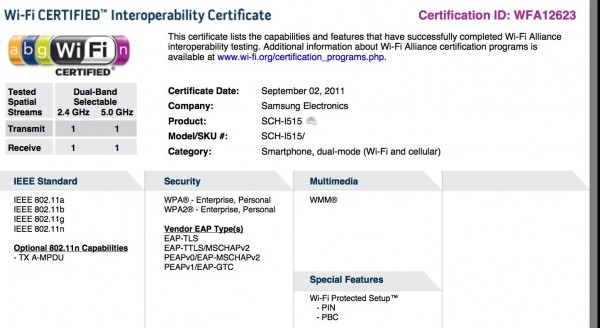 As for the Nexus Prime, it’ll likely be a Samsung-made, Ice Cream Sandwich rocking, HD display toting beast. Will it be the same phone as the Droid Prime? Maybe, maybe not.But if the FCC decides that every thing here is good to go, then we’ll probably find out pretty soon, won’t we? 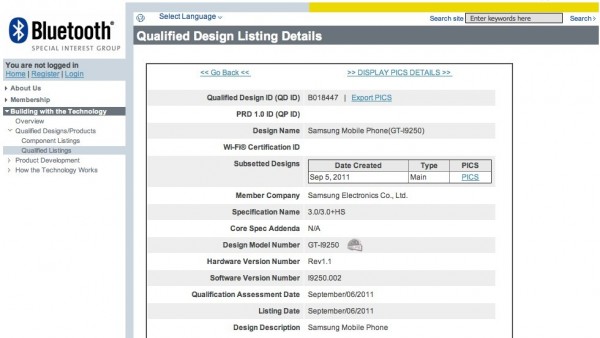 Remember, the rumored release date for the Droid Prime is October, the same month as the rumored iPhone 5 launch.

So, as these get closer to reality, are you holding off on buying a Droid Bionic? Or have these captured the attention of your eyes and wallet?