According to Droid-Life, whispering points to Motorola and Verizon targeting October 18th as a release date for both the Droid RAZR HD and the Droid RAZR MAXX HD. If true, the release dates would come a little less than two months since the companies announced the new smartphones.

Apparently, Verizon is currently training employees on both devices and it appears that October 18th is the day that the carrier is shooting to release the two devices. Neither Motorola nor Verizon have confirmed this to be the release date. 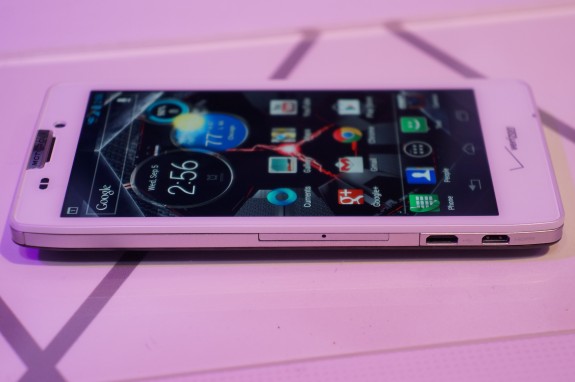 The Droid RAZR HD and RAZR MAXX HD may arrive on October 18th.

Earlier, we heard that the companies might have delayed the devices due to severe antenna issues. However, it now appears that those issues, if there were any in the first place, may have been resolved.

In addition, it appears that we have some rumored pricing for the devices as well, The report claims that the Droid RAZR HD will be priced at $199.99 while the Droid RAZR MAXX HD will be priced at a whopping $299.99 on-contract. The reason for the price? The device’s massive battery which provides up to 8 hours of web browsing over 4G LTE and up to 21 continuous talking time.

Neither price has been confirmed at this time.

Both devices feature the same study RAZR design featuring Kevlar-backing, a speedy dual-core processor, 4G LTE data speeds, and of course, HD displays, something that was not found on the originals.

The devices will run Android 4.0 Ice Cream Sandwich out of the box with Jelly Bean updates promised soon after launch.