Previously, we had thought that the Droid RAZR MAXX HD might be headed to Verizon’s network in October. Now, it appears that it may hit the carrier in November, the same month that Verizon will apparently launch its 5-inch Droid Incredible X, a device that will compete with the Samsung Galaxy Note 2.

It’s an extensive list to be sure but it’s also unofficial, which means that those interested in these devices should take the dates as rumor and nothing more than that at this point. 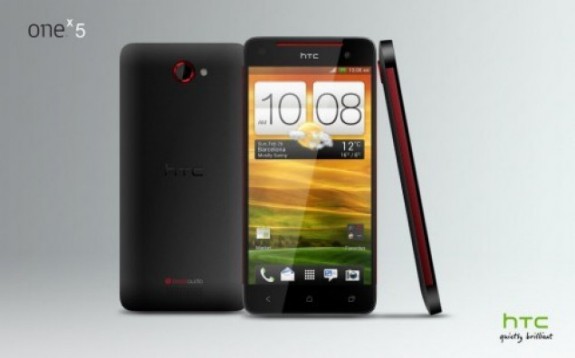 The HTC One X 5 aka the Droid Incredible X, could be headed to Verizon in November.

Starting with the biggest names, it appears that the Droid RAZR HD is slated for a release in the middle of Q4, which would be November, and it looks like the Droid RAZR MAXX HD is currently supposed to arrive in November as well. We had though, based on a German release of the Droid RAZR HD, it would arrive in October, but that may not be the case.

Both devices are Motorola’s high-end smartphones and will be replacing the originals with large screens, big batteries and speedy processors, not to mention 4G LTE speeds.

It also looks like Verizon’s 5-inch HTC Droid Incredible X, a device that will compete with the Galaxy Note 2 and LG Intuition, will be out in November as well. Just recently, we again heard that the device is real and now it looks like it could arrive soon.

Two more Android devices will apparently be touching down soon as well. The LG Spectrum 2, which is LG’s re-branded LG Optimus II LTE will apparently be landing in October. The new Samsung Stratosphere 2 will apparently land sometime this month, which if it does, will be a good indication that this rumor is credible.

As for Windows Phone 8, the Nokia Lumia 920, HTC Windows Phone 8X and the Samsung ATIV S are all penciled in for launches in November. Verizon did say that it would have multiple Windows Phone 8 smartphones this year and it looks like it was telling the truth.

And finally, it looks like Verizon will have at least one BlackBerry 10 smartphone by the end of Q1 2013. RIM has promised BlackBerry 10 for Q1 and Verizon confirmed that it would have a phone at launch so this isn’t too surprising.

Needless to say, Verizon has a busy couple of months ahead of it and we’ll be on the lookout for official release dates for all of these devices.