One look at the calender reveals that today is January 26th and you know what that means right? Verizon’s latest Droid, the Motorola Droid RAZR MAXX, has launched on the carrier’s 4G LTE network. Now, if you head over to Verizon’s website, you’ll find that the Droid RAZR MAXX is $299.99 if you sign a new contract. However, if you go to Amazon Wireless, you’ll pay $100 less.

That’s right. Amazon is already offering a discount on the Droid RAZR MAXX for new customers which brings the price down to $199.99. And it didn’t leave those of you upgrading out either.

Many of you have expressed interest in this phone because of its massive battery, it houses a 3,300 mAh battery that’s capable of 21 hours of continuous talk time, so if you’re thinking about pulling the trigger, you’ll want to do it through Amazon. 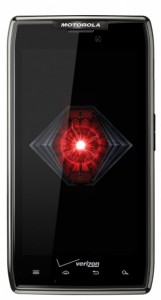 But, you’ll also want to check out a couple of things before you do that.

And third, you’ll want to check out our review of the original Motorola Droid RAZR.

For those of you that have already made up your minds, you can find the Droid RAZR MAXX on Amazon right here.