While Motorola and Verizon continue to stay mum on the release date for the upcoming Motorola Droid RAZR MAXX, it has become quite clear that January 26th is the day to circle on the calender. We had already heard the date once and now a piece of evidence has leaked out indicating that the 26th is indeed the day that Verizon is expecting the device to launch across the country.

We also should point out that Big Red is running a promotional price drop for the HTC ThunderBolt which runs through January 26th which tells us that Verizon is trying to cash in before another device drops.

And while the Droid RAZR MAXX did not take home the Best Smartphone of CES 2012 award, that honor went to the Droid 4, it certainly is shaping up to be a fantastic release and one that those of you in the market for a new 4G LTE phone should be taking a look at. 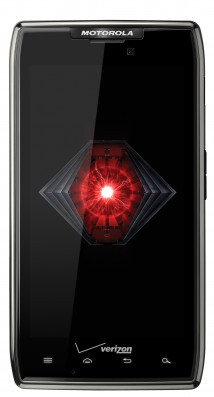 The Droid RAZR MAXX is essentially the Droid RAZR but it has a massive 3,300 mAh battery that Motorola says will offer 21 hours of continuous talk time. And somehow, the manufacturer was able to get that big of a battery tucked into a device that sports an 8.9mm design.

That’s just a tad thicker than the original Droid RAZR.

While the original Droid RAZR will fall to $199 for the 16GB version, the Motorola Droid RAZR MAXX is going to cost you $299 with a new two year contract. So, you’ll probably want to check out our review of the original and our hands-on with it at CES before you buy.