In December, Motorola and Verizon prematurely rolled out the Droid RAZR and Droid RAZR MAXX Jelly Bean updates. After the update was stopped, owners were left wondering when the real update roll outs might arrive. Motorola originally said Q1 of this year and now, thanks to Motorola, that roll out window has been officially confirmed.

On December 24th, it appeared that Christmas had arrived early for Droid RAZR and Droid RAZR MAXX owners. Owners started to see the Android 4.1 Jelly Bean update arrive, an update that, like their HD counterparts, they had been promised sometime in the future. Motorola hadn’t said exactly when so the roll out was a bit surprising. 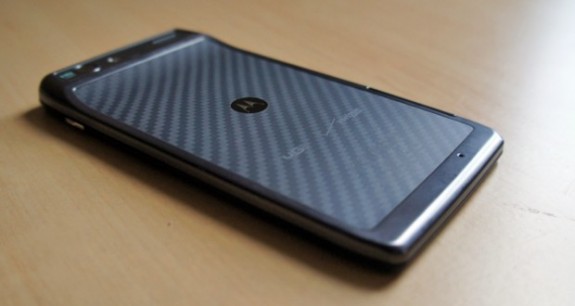 The Droid RAZR and RAZR MAXX will get Jelly Bean in Q1.

Soon after the roll out began, it was halted and it became clear that the companies had jumped the gun and that they had rolled out to owners way ahead of time. Motorola then cleared the air, claiming that the updates would be rolling out at some point in Q1. Q1 of 2013 encompasses the months of January, February and March.

Those dates though came from Motorola’s Facebook account and hadn’t yet appeared on the very official Motorola Support page for Android updates. That is, until recently, when the updates finally emerged on the support page with an official release window.

Motorola now has confirmed that Q1 roll out window for both of these updates which means that they should be rolling out by the end of March. Keep in mind, this is when Motorola “expects” them to roll out which means that there is a possibility of a delay. However, given the recent track record from Motorola, we expect that the updates will arrive when the company says they will arrive.

These new dates come with an overhauled look for Motorola’s support page as well, a page which is now separated by region and carrier in an orderly fashion.

Droid RAZR and Droid RAZR MAXX owners have been waiting for this update for quite some time. In fact, they have been waiting since the roll out of Android 4.0 Ice Cream Sandwich which brought a number of bugs to the table. ICS rolled out all the way back in the summer of last year, meaning, owners have had to deal with issues for many, many months.

Hopefully, the Android 4.1 Jelly Bean update patches those bugs up while also delivering the many features that will be coming with Android 4.1 itself, including a new smoother UI, improved stock applications, Google Now and more.