It looks like Asus may be suffering from the same plight as Apple as its tablet has been sold out and the company is having a hard time meeting initial demand. Early production batches of the Eee Pad Transformer, which were offered up for sale in the UK on April 6th, have been sold out and shipping date for the company’s Android 3.0 Honeycomb tablet with its convertible laptop dock is now showing as early June. 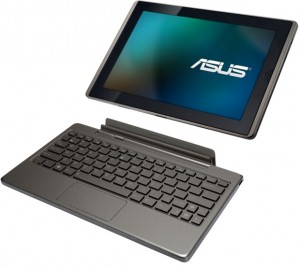 The new June 1st shipping date is now reflected on Amazon UK’s product page, which now shows the item available for pre-order at the price of £379.98; the device, coupled together with the laptop dock–which adds a holder for the screen that attaches to the keyboard and trackpad bottom piece–is going for £429.99.

Asus is suffering a unique–and surely a welcomed–problem among Android tablets, which so far is having a difficult time competing with Apple’s iconic iPad and iPad 2 slates. Early batches of Android tablets were either underpowered, came with low resolution displays, or were costly. The popular Samsung Galaxy Tab 7-inch model was released initially with 3G wireless connectivity only, making it an expensive, yet smaller, competitor. The Motorola Xoom, currently with 3G and soon to be upgraded for 4G LTE support, for Verizon Wireless is an expensive competitor to Apple’s iPad and Motorola is justifying the cost due to 4G support.

Like the best of Android tablets, the Asus Eee Pad Transformer comes with a dual-core gigahertz CPU from NVIDIA, a 10.1-inch WSVGA high resolution display with Gorilla Glass, Adobe Flash 10.2 support, and front- and rear-facing cameras. To keep costs reasonable, the Eee Pad Transformer is a WiFi-only unit.

The tablet alone is said to have 8 hours of battery life but the keyboard/laptop dock will give it another 8 hours. Combined, users should be able to get up to a maximum of 16 hours.

The Eee Pad Transformer was initially shown off at CES earlier this year. The device is also expected to make a U.S. debut and has been rumored to be coming to Best Buy.