An early hands-on with the Samsung Droid Charge 4G LTE Android smartphone has recently been posted online just prior to the device’s anticipated launch within the next few weeks, if speculations prove to be correct. According to Android and Me, which had gotten this early hands-on since Verizon had initially debuted the device earlier this year the Consumer Electronics Show, the device is a worthy and solid competitor to the already launched 4G-enabled HTC Thunderbolt. 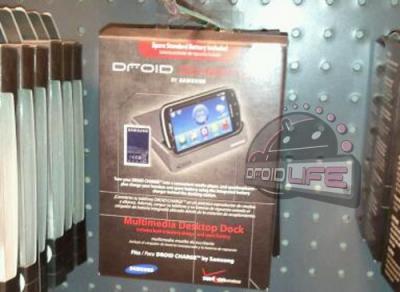 Though both devices run on the Android operating system and support 4G LTE for Verizon Wireless, there are some differences where a certain set of users may be more drawn to the Droid Charge.

First, on the hardware side, rather than the Thunderbolt’s 4.3-inch LCD display, the Droid Charge will utilize Samsung’s Super AMOLED Plus display of the same size, which will offer sharper text, richer colors, deeper blacks, and better outdoors visibility compared to Super AMOLED while using even less battery.

On the software side, though there is an option to run Samsung’s TouchWiz UI, which we had seen previously on the Samsung Fascinate, a Galaxy S variant for Verizon Wireless’s 3G network, users can also choose to run the handset without TouchWiz enabled by switching to stock Android. In either TouchWiz or stock Android, users can enable Samsung widgets—it’s really a matter of preference.

According to Android and Me, the Droid Charge will have a glossy build, rather than the matte finish on the HTC Thunderbolt.