ZTE is chasing after Motorola’s modular Project Ara offering with its own prototype at the Consumer Electronics Show called the Eco-Mobius. At its core, the Eco-Mobius breaks down the phone’s internal hardware components into separare parts, or modules, so the end user can upgrade the parts that they want over time so that the phone will always be up to date with the latest software and hardware pieces. 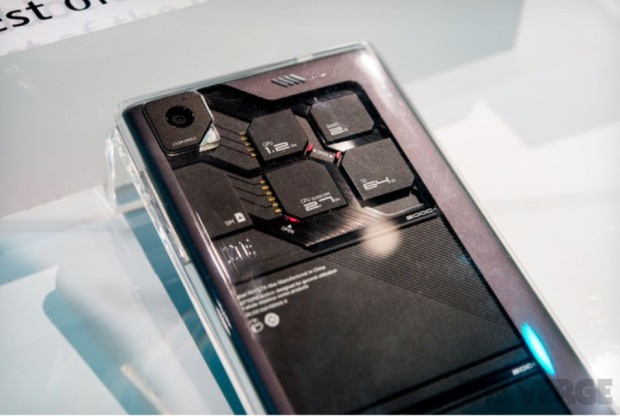 There are various modules for the RAM, CPU, GPU, camera, and ROM. These modules are like Lego building blocks and snap into their own space onto the back of the phone. Over time, if the phone slows down, users can swap out the CPU module for a faster processor and improve graphics performance with a better GPU for example. Once storage becomes an issue, users can swap out the ROM for more capacity and if modern camera sensors improve, then the camera module can be upgraded. 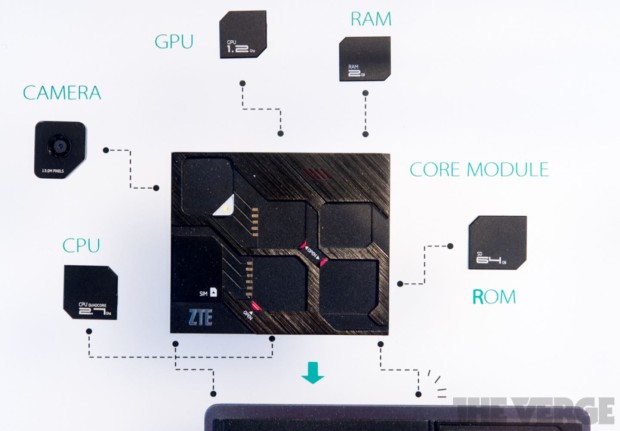 This would give users flexibility, similar to how the PC era worked with users adding their own components to building the PC they desire.

Over time, if you just need to swap a few modules to get your phone up to date, it would be cheaper to the end user than having to acquire a whole new phone. Not only this, but as the Eco-Mobius name implies, this route would also be more eco-friendly as it would allow users to re-use the main components and swap out what really is obsolete, rather than having to throw away the entire phone.

According to a report on The Verge, ZTE had both a smartphone and tablet concept on display at CES, suggesting that the company is also interested in a module tablet idea as well.

Rival Motorola Mobility, which is owned by Google, seems to be committed to the modular concept as well with its own Project Ara. This would allow Motorola consumers to have more customization and control over the phone experience and Motorola CEP Dennis Woodside says this is in alignment with the Moto Maker customization tool that’s been available for the Moto X currently.