A new Australian rating listing for The Elder Scrolls: Arena means Bethesda could be planning an HD remake of the classic DOS RPG for iOS or Android.

The new listing, spotted by games.on.net, gives the game an M rating and notes that it is a multi-platform game. There’s no mention of which platforms the game is for, however.

The original version of The Elder Scrolls: Arena came to DOS PCs back in 1994 and started off the franchise which eventually produced Elder Scrolls V: Skyrim in 2011. Gamers who want to play the classic RPG can already legally download the game for free from Bethesda. This new version may include upgraded graphics, however. 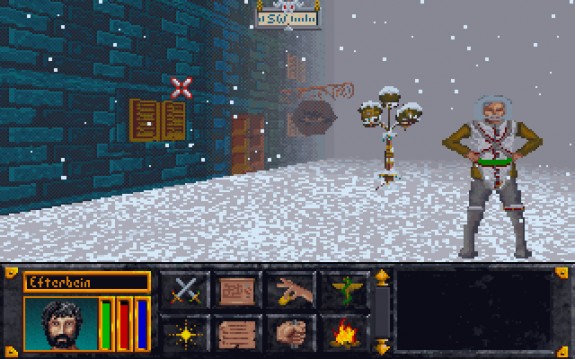 There is no guarantee that Bethesda’s classic will make it to any platform as a remake. Rating boards occasionally rate games that never make it to market. Touch Arcade gives the great example of a rating for a Wii version of Nintendo’s classic RPG Earthbound which raised the hopes of many fans back in 2008. The game never materialized from Nintendo.

Like later games in the series, Elder Scrolls: Arena features a rather large world that players can explore as they see fit. The game can take up a lot of time to play through, which would be the biggest challenge if the game were to come to the iPad or iPhone.

There are several large open-world games on iOS, but it’s not clear if mobile gamers will welcome a huge game with old-school mechanics. It would all depend on how much time gamers are willing to spend walking around in a virtual fantasy world.

Those who are waiting for something like an Elder Scrolls game on their smartphone or tablet may want to look into games like Ravensword Shadowlands. The recent RPG is available for $6.99 in both the iOS App Store and the Google Play Store, and is arguably the closest thing to Skyrim currently on mobile devices.