At the Dreamforce Conference in San Francisco, Eric Schmidt let a little something slip out about the release window for Google’s upcoming Android Ice Cream Sandwich operating system. According to Schmidt, the operating system will be coming out at some point in October or November which lines up with what we had heard in the past about its launch date.

Schmidt’s response came after he began talking about what it’s in the pipeline for Android and if you take a look at the video below, you can hear it for yourself if you skip to the 30:25 mark. 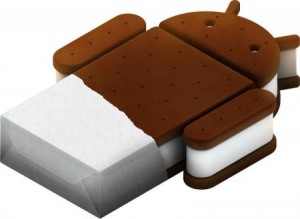 In case you don’t want to watch the video, here is his statement:

We have a new operating system, internally known as Ice Cream Sandwich for some reason, which is being released in October/November, which everyone’s really excited about.

So, there it is. Ice Cream Sandwich will be out in just a few short months. Now, before this, Google had only said that it would be coming out in Q4. We had also heard that the first devices might be launching in October to do battle with the iPhone 5 and it would appear that that looks like a distinct possibility now that Schmidt has gone ahead and confirmed the launch window.

Ice Cream Sandwich is expected to debut on a the Samsung Droid Prime for Verizon, and possibly the Nexus Prime on other providers, and will bring a host of new features along with it, some of which you can read about here.