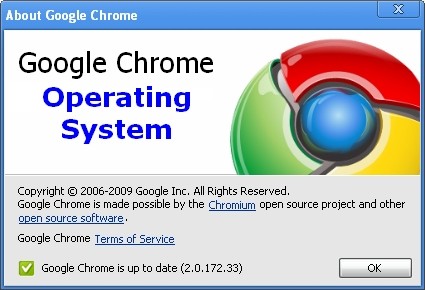 In a repeat of a repeat attempting to salvage what many think is probably already one innovation too late, Eric Schmidt is trying to clarify how Google’s Chrome OS fits into the grand scheme of things in today’s mobile tech world. Simply put he’s repeating statements made earlier that Google’s Chrome OS is for devices with keyboards and Android is for touch devices. Guess that puts that rumor about a Google Chrome Tablet debuting on Black Friday to rest. Although Schmidt hedged his statements a bit by saying that since the Chrome OS is open source anything can happen.

OK, that’s great. We knew that. And we also can guess that there will probably be some morphing of that along the way blurring whatever current dividing line suits the spin of the moment. But that’s down the road.

What’s more intriguing, in my view, is how Chrome OS will initially gain traction in today’s marketplace. I certainly can see the parallel tracks in a large market with many needs, but it will be interesting to see if Google can make enough of a push to give Chrome OS any reach beyond the geek sector. I’m not saying it can’t happen, but I don’t see a clear path that warrants the investment that obviously has already been dropped by Google. Does it come installed on $100 or cheaper Netbooks? Is that the catch? What are your thoughts?