Today Apple released iOS 6.1.2 for the iPhone 5, iPad 4 and all other current iOS 6.1 devices, fixing exchange sync and battery life issues. Shortly after the release, Planetbeing of the evad3rs shared that Evasi0n 1.4 was coming to offer an iOS 6.1.2 jailbreak to the iPhone 5 and other devices.

Users should still avoid updating to iOS 6.1.2 until Evasi0n 1.4 is released, and users who are not experiencing issues may not want to deal with the hassle of upgrading to iOS 6.1.2 at this time. 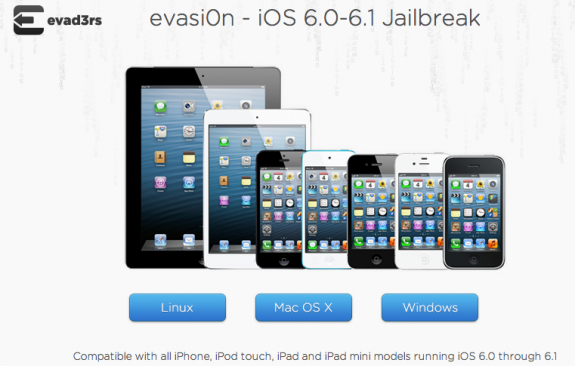 We will release evasi0n 1.4 later today that marks iOS 6.1.2 as supported.

Apple has issued two updates since the iOS 6.1 jailbreak release dropped in early February, but neither has patched the exploits used by the evad3rs to allow users to install Cydia apps and tweaks on the iPhone, iPad and iPod touch.

Read: How to Jailbreak iOS 6.1 with Evasi0n

According to security researcher Stefan Esser, it would only take a one line code update on Apple’s end to break the Evasi0n jailbreak tool, though it would likely require additional testing.

According to @planetbeing iOS 6.1.2 does not fix the evasi0n jailbreak. Keep in mind breaking evasi0n is an one line code change…

Users who plan to upgrade to iOS 6.1.2 to fix their exchange issues and bad iOS 6.1 battery life should avoid doing so over the air if they plan to jailbreak or re-jailbreak.

The best method to upgrade to iOS 6.1.2 and jailbreak is to;

There is no firm time for the iOS 6.1.2 jailbreak update to Evasi0n, but it is likely that it will be available later today, or within the next few days, based on the speed of the evasi0n 1.3 update.

Check out our essential Cydia Apps and stay tuned for the latest jailbreak news.