The new evasi0n 1.5 jailbreak tool is now available to download with small improvements. This new version of the popular iOS 6.1 jailbreak tool does not counteract the bugs Apple is fixing in iOS 6.1.3.

With evasi0n 1.5, users will experience faster boot times and should see a new Cydia package list.

Users who are already using an iPhone 5 jailbreak don’t need to re-jailbreak with the evasi0n 1.5 update. 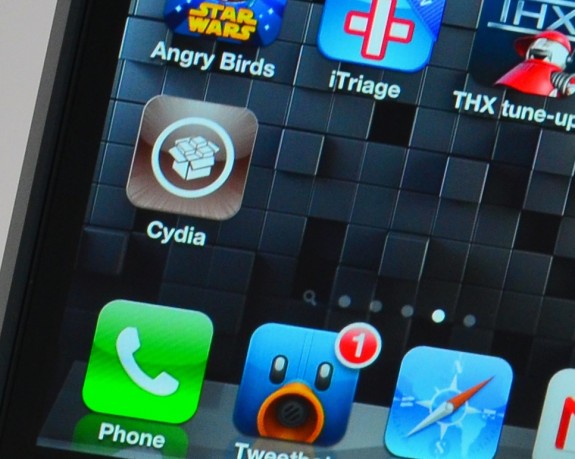 Read: How to Use evasi0n to Jailbreak iOS 6.1

For users who want to use evasi0n 1.5 on a device that they already jailbroke, the best thing to do is to plug-in to a computer. From here make a backup to the computer. Next restore the iPhone or iPad in iTunes, which wipes the phone and sets it up as new. After this is complete users can use evasi0n 1.5 to jailbreak the device again and then restore from backup.

One benefit to performing this process is to update to the latest version of iOS 6.1. Based on the recent comments and the iOS 6.1.3 beta the current iOS 6.1.2 software may be the last version of iOS 6 that evasi0n can jailbreak. Or at least jailbreak swiftly. The latest iOS beta patches at least one of the exploits evasi0n uses.

While the team reportedly has other exploits on hand to use in future jailbreaks it isn’t clear if they will spend the time and waste the exploits for a minor version of iOS 6.1.

It is more likely that the team would focus their efforts on iOS 7, which we expect could arrive as a beta this summer. New versions of Apple’s iOS software typically debut with a new iPhone, so we could see iOS 7 and the iPhone 5s in summer or fall. If consumers are lucky, the evad3rs will use these remaining exploits to use in iOS 7 jailbreak and to work on a swift iPhone 5S jailbreak release.