The iOS 6 jailbreak tool for the iPhone 5, iPad 4 and other iOS 6 devices is now available to download from the evad3rs.

The evasi0n jailbreak app allows users to complete an untethered iOS 6 jailbreak in about 5 minutes. The tool works on iOS 6 and on iOS 6.1, offering a jailbreak solution to all mobile apple devices running iOS 6.

Read: How to use evasi0n

Users can download evasi0n for free for Windows (XP or higher), Linux and Mac (OS X 10.5 or higher). Users will need a USB cable to connect the iPhone, iPad or iPod touch to the computer. 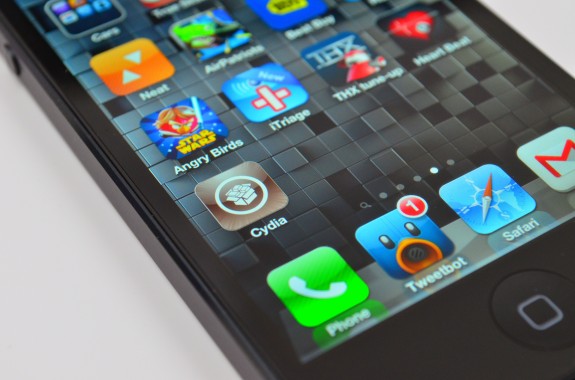 The iOS 6 Jailbreak is out and users can install Cydia on the iPhone 5.

The iOS 6 jailbreak tool will walk users through the jailbreak process. Users should make sure they have a current backup of the iPhone, iPad or iPod touch before using the tool.

Update: The evasi0n site is still up, but the evasi0n iOS 6.1 jailbreak tool is not available to download for many users who are receiving a, “We are sorry, but this site has exceeded its page view limit at this time. Please try again later.” message.

Update 2: Check out the official evasi0n mirrors to avoid download delays. Scroll down on evasi0n.com to find box.net, MEGA and RapidShare links.

Read: How to Prepare for the iOS 6.1 Jailbreak Release

Users can jump right in and try the evasi0n jailbreak tool, but for the best results Planetbeing recommends the following steps.

These steps will help users avoid any iOS 6 jailbreak errors while using the evasi0n tool. Errors with the last iPhone 4S jailbreak were solved by following similar steps, so it’s a good idea to spend the extra time restoring the device.

Read: How to Unjailbreak iOS 6.1

It is legal to use the iOS 6 jailbreak tool to jailbreak the iPhone 5 and other devices, but jailbreaking is not for every user.

Sty tuned for the latest iOS 6 jailbreak news and how to jailbreak the iPhone 5 on iOS 6.