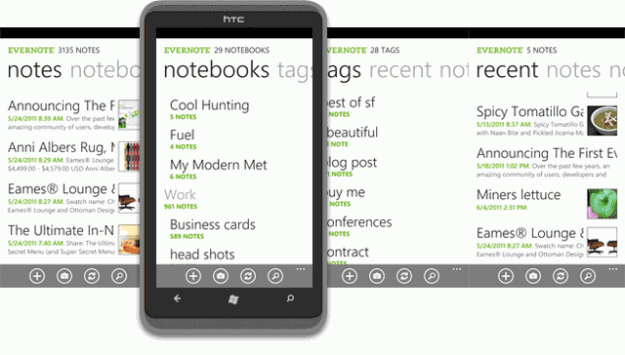 As you would expect, the Evernote App for Windows Phone 7 will sync to your Evernote account, allowing you to add notes and snapshots as well as access your entire Evernote history. Evernote says this app is designed to work on Windows Phone 7, “from the ground up,” calling it one of the most feature rich releases yet.

When you are in the Evernote WP7 app you will see the following panels;

The Evernote App for Windows Phone 7 has all the features you would expect when it comes to new note creation including the ability to tap the snapshot button to open your camera app for an instant capture. 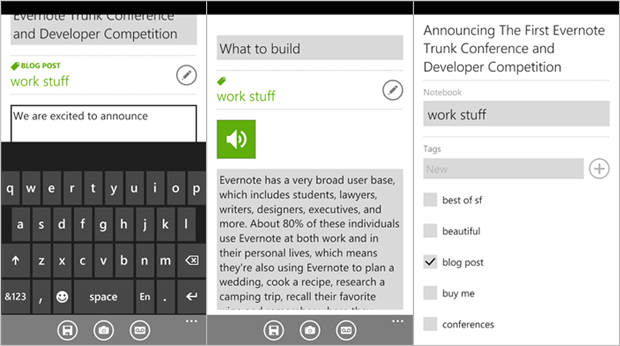 From a note searching standpoint you will be able to search all of your Evernote notes. On the phone you can see your previous searches and save searches for fast access to common note searches. Whenever you add a note, Evernote for WP7 will tag the location, allowing you to call up your notes on a map to see where you were when you had a great idea or snapped a picture of a restaurant you wanted to try. 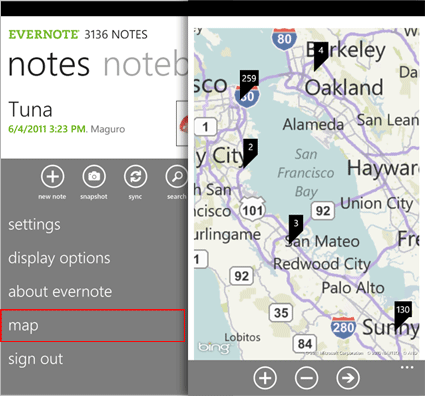 You can find Evernote for Windows Phone 7 in the Marketplace on your phone, if you don’t see it right now, check back soon as it may take some time to show up on all devices.