Every SmartPhone at Amazon Available for a Penny

If you have been on the lookout for a new smartphone, Amazon Wireless has a deal you don’t want to miss.

There are no iPhone 4S deals or Galaxy Nexus deals, but if you want any other smartphone, this is the place to go.

The only real catch is that these prices are confined to new customers. If you currently have a plan and are upgrading or adding a new line to your family share, you will not be able to get these high end phones for a penny.

If you purchase select phones and add a hotspot feature, you can get a $100 Amazon gift card too! 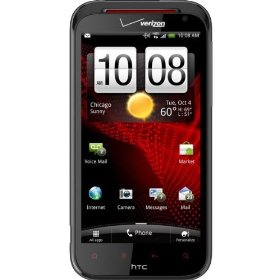 If you are a new customer on Verizon, AT&T or Sprint, here are some of the best deals.

Pretty much every phone available on the three largest carriers is available for a penny t new customers. The price for upgrading customers varies from device to device. It is cheaper than the in store price in most cases, but not nearly as good of a deal.

Be sure you know which phone you want, as you will be signing a two year contract. This is an early Black Friday smartphone deal on Amazon, so make sure you read up on what to know before you buy a smartphone on Black Friday.

If you get these deals, you won’t have to wait in line on Black Friday, and risk missing out on your favorite phone.