This morning NVIDIA officially announced its first Android tablet, one that’s rocking the company’s latest quad-core Tegra 4 processor. Only it isn’t being sold by NVIDIA. Instead the new Tegra Note 7 is a reference design which will be distributed and offered by a slew of third party partners they’ve worked with from the graphics PC market for years, and as a result the eVGA Tegra Note 7 was revealed today.

eVGA is the first of many partners joining NVIDIA to launch and offer an impressive 7-inch Android tablet full of features and specs, one which NVIDIA hopes can compete with the likes of the Nexus 7, Kindle Fire HDX, and even the iPad mini.  More details and a few leaked videos can be found here, but we have all the details below from NVIDIA and eVGA themselves. For $199 can this quad-core tablet compete? We’ll have to wait and see. 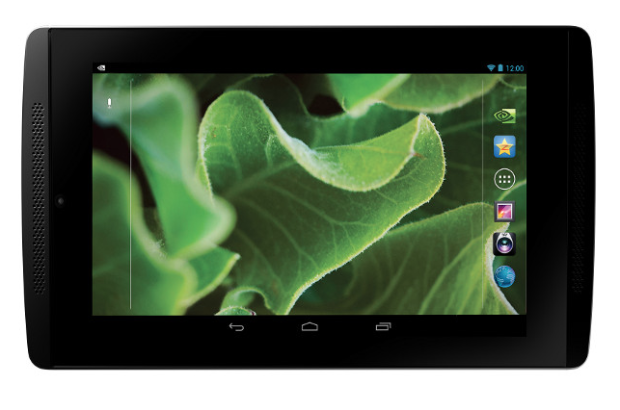 Then the DirectStylus is NVIDIA’s approach to Samsung and WACOM’s digitizer. Offering a new stylus with different thickness points for pristine precision. From drawing pictures, taking notes, to anything you can imagine. The video below is a great example of what this tablet and its stylus can do.

NVIDIA claims its technology can compare to digital ink options from the competition, as well as compete in regards to pressure sensitivity, accuracy, and is 3x faster with response time. We’ll have to try it ourselves, but the video was quite impressive. In particular the camera and stylus technology together was neat at 2:30 seconds in.

The Tegra Note 7 tablet will offer a 7-inch 1280 x 720p HD display. One which rivals the Note 8, but won’t compete with the Nexus 7 or iPad mini with Retina Display. Then again we have a quad-core Tegra 4 processor and 2GB of RAM, 16GB of internal storage, and a quality 5 megapixel camera on back. To improve over the other tablets available today we have micro-HDMI out for gaming, true stereo front facing speakers on both ends of the slate, and a micro-SD slot for expanding storage up to 64GB.

NVIDIA and eVGA are now taking pre-orders for the slate. eVGA will offer the Tegra Note 7 from Newegg, and likely from its own online store upon release which is set for November 19th at $199.