Nick Bilton over at the NYTimes Bits blog is getting everyone prematurely excited because the FAA told him that they’re thinking about taking a fresh look at regulations that force passengers to turn off electronic devices for taxi, takeoff, and landing. As a semi-frequent traveler, I rejoice in this news, as do many of you I’m sure.

This weekend during my 32-hour battery odyssey I noticed that someone in every aisle on both my packed departing and returning flights had a tablet or eReader or other mobile device out. And that’s not counting the laptops. Yet at the beginning and end of every flight you either need to chill out, sleep, or grab some dead tree reading material.

This rule, like many others one faces at the airport (we still have to take our shoes off and put all liquids in a baggie? Ugh.) is based more on fear and conjecture than actual testing and data. However, the gathering of needed data is a time-consuming and expensive project. 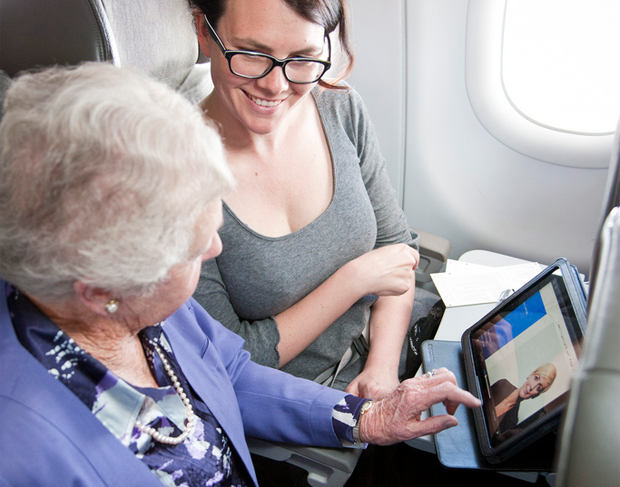 Abby Lunardini, vice president of corporate communications at Virgin America, explained that the current guidelines require that an airline must test each version of a single device before it can be approved by the F.A.A. For example, if the airline wanted to get approval for the iPad, it would have to test the first iPad, iPad 2 and the new iPad, each on a separate flight, with no passengers on the plane.

Airlines also have to test each device on each type of plane in the fleet, not just any random plane. Easy to see why there’s no rush to get this done.

Bilton says that the FAA is trying to figure out a way to make this work by bringing more people into the discussions, including device manufacturers themselves. Seems to me that what the department really needs is a smart scientist or aerospace engineer to come up with some better testing guidelines.

Does every device really need to be tested on every type of plane? Does every single device need its own separate test? Is there any way to conduct the tests in a simulated setting instead of a real, empty plane?

What if the FAA relaxed the testing guidelines a bit to allow it on passenger flights, but only airlines offered a significant discount to the passengers in exchange for them signing a waiver indicating they know the risks?

I, like Bilton, am very cynical about how quickly the government will move on this and even more about any buerocrat’s ability to think outside of the box. The best hope is for some scientist or aerospace engineer or higher up at a device manufacturer brought the ideas to them. Perhaps with some funding attached. There must be a way to get a grant for this kind of thing…