Facebook in Talks to Break into Apple's, Microsoft's Walled Gardens

In an interview with Bloomberg, Facebook’s director of product Adam Mosseri revealed that the company is now engaged in active dialogue with Apple and Microsoft in trying to get its recently unveiled Facebook Home user interface onto the iOS and Windows Phone ecosystems respectively. The social network giant, which has thus far enjoyed a good relationship with deep integration with Apple’s iOS platform as well as even deeper integration with Microsoft’s Windows Phone’s hubs, is looking to expand its presence.

“We’ve shown them what we’ve built and we’re just in an ongoing conversation,” Mosseri said. 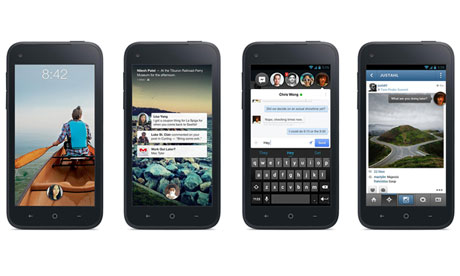 When Facebook CEO Mark Zuckerberg had announced the Home UI on stage, he says that Android is the first platform that the interface is launching on, spurring speculations on which platforms will follow. And Zuckerberg was clever in positioning Home as a value add-on for platform users while at the same time stating that he doesn’t want to ‘fork,’ or fragment, the Android OS that Home was launching on.

However, launching Home, or any variant of the UI on Apple’s or Microsof’t’s more walled garden platforms would be a challenge, and Mosseri concedes that Home may be called something different or even look and function completely different than what it is on Android.

Android is more open and flexible, allowing developers to tweak and create new experiences with the underlying source code whereas Windows Phone and iOS are closed platforms, with details that are dictated, controlled, and managed by Apple and Microsoft.

“It may or may not be Home,” he said. “We could also just bring some of the design values to the iOS app. That might be how it ends up. Or we could build just the lock screen. Maybe then it’s not called Home, it’s called something else.”

Home debuts a new lock screen-home screen hybrid that centers around the Facebook experience with large photos and over-sized text. The most novel aspect of the platform is Chat Heads, which brings a nice graphical user interface to Facebook Messages and SMS by popping up contact photos in bubbles, that can be repositioned, when you get a new message.

I can see Chat Heads become integrated on a future version of iOS or Windows Phone if Facebook can sweet talk its way into either platform, though Facebook Messages already compete with Apple’s iMessage and Microsoft’s Skype messaging platforms to a large degree.

Moving Home or aspects of Home to more platforms would allow Facebook to keep users engaged longer while they’re on the go. It would also allow Facebook to monetize the network through ad placements, which Zuckerberg says is coming in the future, but won’t be launching with Home currently.