In a bid to compete with Google’s Google+ social networking tool for photo uploads and Apple’s Photostream feature, Facebook is now slowly rolling out a new photo upload feature for Android users. Select users have begun to notice that there is now an option for photos to automatically be uploaded to a private ‘Synced from Phone’ folder on Facebook where those pictures can be shared later. 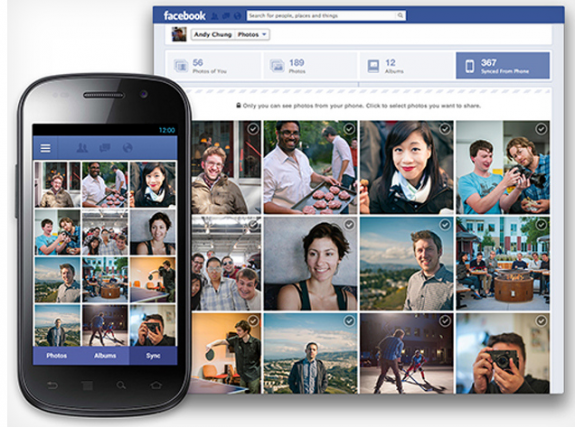 Photo Sync is only available to a number of users right now and Facebook probably wants to test the feature in a smaller audience before rolling out the feature to all its users. A number of readers have confirmed to The Verge that they have seen the feature appear on their account. According to the site, “To check if it’s available to you, head to your Timeline on Facebook for Android, tap Photos, and then tap Sync (if the button exists).”

The automation of photo uploads will make it even easier for users to share their captured memories at a later date. The feature definitely matches Google+’s automatic photo upload feature by uploading pictures to a private photo and allowing users to share and manage how those photos will be visible to their networks later. Google+ does not compress the images as much as Facebook and picture quality and resolution tend to be better on Google+.

At this time, it’s unclear when Facebook will make the feature public for everyone and when an iOS launch of the feature will appear. Most recently, Facebook CEO Mark Zuckerberg had admitted that the Android version of the Facebook app was trailing behind the iOS version, and there had been reports that Facebook is encouraging its development team to use Android products to build better products for Google’s mobile OS.