Rumors are once again surfacing that social network giant Facebook will be taking on its Internet adversary Google in the hardware space by creating its own branded smartphone. This hasn’t been the first time that Facebook is rumored to be entering the smartphone space, and the company has declared that mobile is an important platform for it moving forward. According to a report on the New York Times, the software company has recently poached and recruited hardware engineers from rivals, such as Apple, so that it can fulfill its goal of building its own phone. 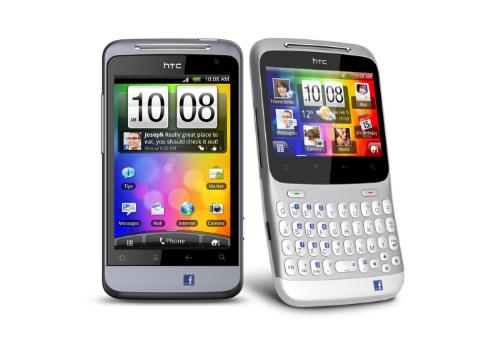 Facebook’s entry into the smartphone space somewhat mirrors that of Apple. The company currently has its largest presence on a mobile device on the AT&T HTC Status in the U.S., which is an Android smartphone that has a dedicated Facebook hardware key to make it easy to share with your social network. When Apple explored building a smartphone prior to the debut of the iPhone, it too had tested the waters with an experienced phone-maker with Motorola to debut an iTunes-centric phone. Then, as we know it, Apple released its own hardware in 2007 and the rest is history. If Facebook does release its own hardware after its partnership with HTC on the Status for AT&T, the company will likely have to do more than just integrate with its own network to be successful and a Facebook phone is expected to blow things out of the water.

It’s not clear how Facebook hopes to tackle its own phone and if it will create its own proprietary ecosystem. Facebook is already rolling out an apps store, and it already has credit cards on files for little Facebook e-gifts that users can send to each other. One route, though, would be to take on Google like what Amazon did when it launched the Kindle Fire tablet. For Amazon, Android was just the baseline. The company added its own skin and proprietary UI and experiences on top of Android so the end product looked nothing like an Android slate. The tablet taps into Amazon’s digital storefronts and bypassed Google, and Amazon was able to leverage the fact that it makes a commission for content sold–such as books, music, movies, magazines, and apps–so it was able to price the tablet at a loss to attract market share. Facebook, too, can potentially take a similar approach and add its own app store on top of its Facebook UI if it doesn’t want to create its own OS from scratch.

Other possibilities that are being thrown out right now include buying an established phone-maker that’s struggling, like Research in Motion or HTC, and adding to what’s out there. Still, there are other open-source OSes that Facebook can use, including Intel’s and Samsung’s Tizen and HP’s webOS.

According to the report, this will be Facebook’s third attempt at creating a phone. The first effort failed as Facebook did not anticipate the process to be that difficult. The second effort resulted in the rumored speculation that Facebook and HTC are collaborating on a project called Buffy, which the Times said is still in the works.

One engineer who formerly worked at Apple and worked on the iPhone said he had met with Mark Zuckerberg, Facebook’s chief executive, who then peppered him with questions about the inner workings of smartphones. It did not sound like idle intellectual curiosity, the engineer said; Mr. Zuckerberg asked about intricate details, including the types of chips used, he said. Another former Apple hardware engineer was recruited by a Facebook executive and was told about the company’s hardware explorations.

With a fresh IPO, analysts are saying Facebook needs a way to show that it can monetize itself and drive revenue in a tangible way, and mobile would be one outlet. As Facebook also makes money on advertising, this would help drive Facebook’s advertising reach as well. Just prior to the launch of the company’s IPO, advertiser and car-maker GM pulled its ads on Facebook citing that it did not see the results it was expecting.

Facebook so far has not denied nor confirmed these rumors. The company told All Things D last year when asked, “We’re working across the entire mobile industry; with operators, hardware manufacturers, OS providers, and application developers.”

An earlier survey showed that respondents did not necessarily want a Facebook phone so Facebook will have to be innovative on how it approaches the mobile market to convince consumers.