There definitely isn’t a limited number of solitaire games available for iPhone, but a new mobile title from Big Fish Games looks to add a new spin to the genre. Fairway Solitaire Blast puts a fun twist on the classic card game we all know and love.

Gamers are tasked with clearing the game board by picking cards that are either one lower or higher than the main card that you must follow along with. The less number of moves that players make to clear the game board, the more points they score.

Fairway Solitaire Blast is available for iPhone in the iTunes App Store as a free download, and there’s also a version for Android devices in the Google Play store, made by the same developer. But before you get in on the action, here are a few tips and tricks that you can follow in order to get the best score at the end and move on to more challenging levels quickly and easily. 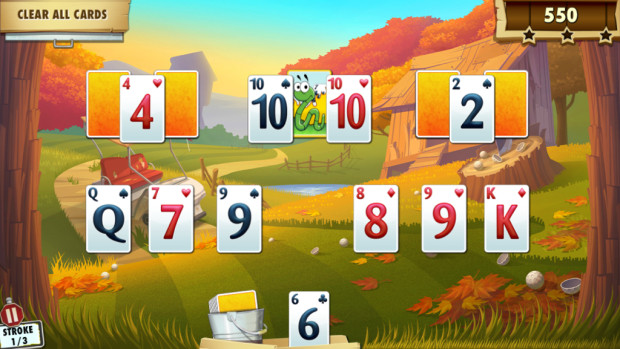 In Fairway Solitaire Blast, one of the most critical tips is to think ahead and plan out your moves. This is a good tip for any casual and turn-based game, but it’s especially important in Fairway Solitaire Blast. Since the goal is to pick cards that are either one higher or on lower than the “master card”, think about what your next several moves would be.

Depending on the cards you have on the board, starting higher might allow you to clear more cards than starting lower, or vice versa. This also brings us to a related tip…

Let’s say that my master card is a 5, so I would need to pick either a 3 or a 4 out of the cards that I have on the board. Sadly, I have no 3s, but there are several 4s. However, instead of just randomly selecting whichever 4 on the board I see first, try and select one that is laying over top of other cards, that way you can uncover more cards to use later down the line. 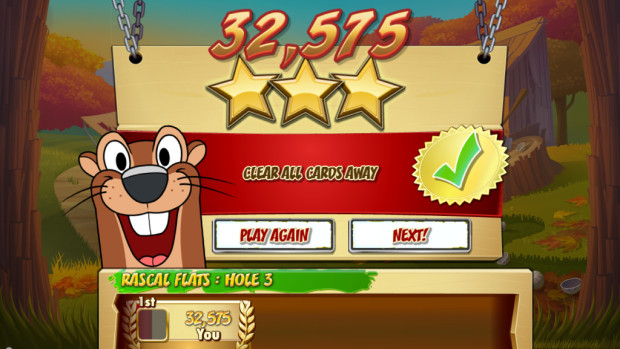 Don’t Clear Cards That Can Be Cleared by Powerups

Furthermore, don’t clear cards that can be wiped out using powerups. Powerups allow you to automatically clear a handful of cards in a row without needing to clear them yourself.

If need a 6 and have several 6s on the board, use one that can’t be cleared using a powerup, since the only way to get rid of it is to clear it yourself.

As you move further into the game, you’ll get less and less cards that you can draw from. Essentially, you draw a new master card when you can’t clear a card that’s one lower or one higher. If you don’t have such a card, use a powerup if you can, allowing you to possibly uncover more cards that were turned over on the board.

Plus, any cards in your draw deck that you don’t use are given back to you as bonus points at the end of the round, so use draw cards sparingly. 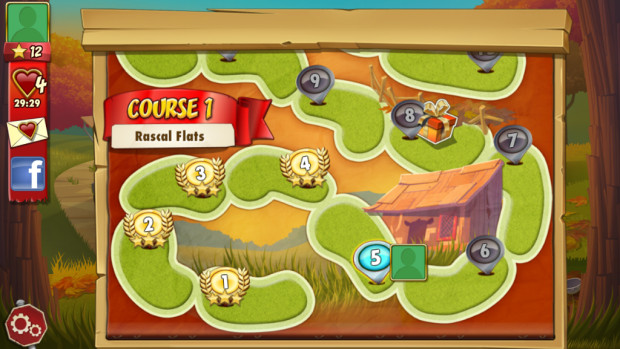 Use Powerups as a Last Option

It makes sense that many players might want to use a powerup the second they have one available, but that’s not always the best option. Use them as the last option.

The reason for this is that if you use a powerup first, you might be clearing cards that you need in order to clear further cards. For instance, my master card is a 7, so I need a 6 or an 8. There’s an 8 on the board followed by a 9, 10, J, Q, K and A. Jackpot! However, if I use a powerup, it might clear out the J, breaking the streak that I had planned.

With that in mind, use powerups if you can no longer find a card to clear, and use one before you have to draw a new master card.

You Don’t Need All 3 Stars

As with Angry Birds, Fairway Solitaire Blast uses a three-star scoring system, but unless you’re paranoid about getting all three stars, you don’t need them to get to the next level. Getting just one star will unlock the next challenge, so don’t worry about being perfect on every level if you simply just want to make it through the game.