The Fallout Shelter Android download is now available on Google Play, delivering access to this mobile Fallout game that Bethesda offers as a free game to drum up excitement for the Fallout 4 release date later this year.

Bethesda’s Fallout Shelter Android release date arrives more than a month after the game first landed on iPhone and iPad. The game is free, but there are in-app purchases that allow you to get items to better equip your vault dwellers against radiation, raiders and Rad-roaches.

Fallout Shelter is not a companion app for Fallout 4. It is a mobile game that lets users control vault dwellers and build out a sprawling vault to keep people safe. The game can prove addicting and it is like a mix between Sims, questing and a bunch of other resource management games. 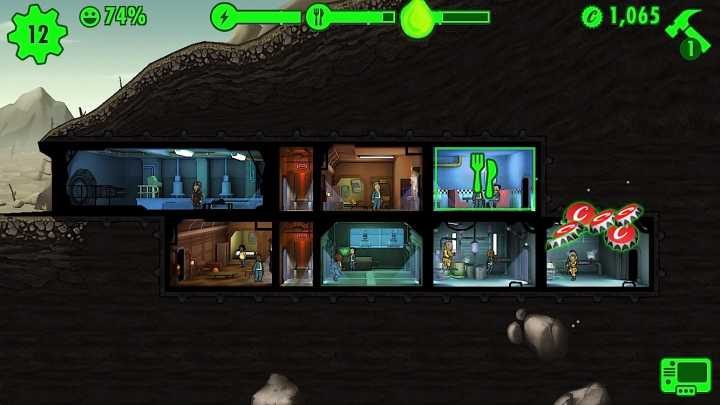 In Fallout Shelter for Android you need to keep your vault expanding, manage the people in it and make sure that you have enough resources to keep them happy. This is a simple premise, but as your vault grows it becomes more challenging.

You can use our Fallout Shelter tips and tricks to do more in the game without spending money on the in-app purchases to get resources and upgrades that you need. We also share important information about the Fallout Shelter cheats and Fallout Shelter hacks that some sites claim will help you get ahead faster.

As you bring people into your vault you must assign them to a job where they will add to the resources you need to keep everyone happy. You can grow your population as new people wander up to the door or by placing two vault dwellers in the lounge area where they will eventually make a baby.

You will need to use the resources that your dwellers find when you send them wandering the wasteland and that you find in special lunchbox rewards to equip and upgrade dwellers and your vault to protect against fires, Rad-roaches and raiders who will kill your dwellers and ruin resources.

If you want to spend money on Fallout Shelter in app purchases you can buy lunchboxes that add to your supplies. These range in price and vary in what you get in each lunchbox that you open.

You can play Fallout Shelter for Android without spending money on in-app purchases, but you will need to pay closer attention to your dwellers, resources and activities.