A new Motorola Android smartphone was spotted at the FCC with support for AT&T’s 3G bands, suggesting that the device may eventually arrive on the U.S. carrier. The device bears the same form factor and shape as the Motorola Fire XT in Europe and Spice XT in Asia, though it’s unclear what name or branding Motorola and AT&T will place on the device if and when it launches on the U.S. carrier.

The device’s new design, which is a departure from the traditional angular designs offered through the Droid series on Verizon Wireless, was first uncovered in a leak for a Domino+ device for the Chinese market. Since the leak was uncovered, the media has reacted positively to the new industrial design cues that Motorola has adopted for the device, and it has subsequently launched under the Fire and Spice XT monikers in Europe and Asia respectively. 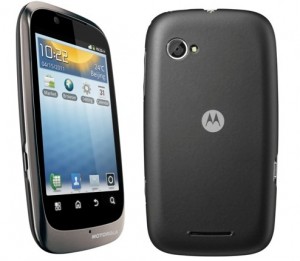 It’s unclear if AT&T will launch the device. The carrier already offers a number of mid-range and low-end Motorola phones. Most recently, AT&T had launched the Atrix 4G, which was the first phone from Motorola to feature the Webtop OS along with the unique keyboard dock that transforms the phone into a laptop or netbook.

The mid-range device, codenamed XT531, has a 3.5-inch HVGA display, rear 5-megapixel camera, HSPA network support, and a front-facing camera. Devices are often certified by the FCC for regulatory approval, even if they don’t launch, so it’s unclear at this point if the XT531 will eventually launch on AT&T’s network, though the device’s radio does support the carrier’s network.