The iPhone 5S and iPhone 5C release dates are still about a month out based on our best estimates, but a new pair of iPhone 5S cases and iPhone 5C cases are already up for sale to ship on September 10th.

Given the plethora of photos and leaks, it’s not surprising to see a company offering up iPhone 5C cases already. With the iPhone 5S likely arriving with minimal exterior changes there will be a lot of options come release, but this is one of the first cases we’ve seen bearing the iPhone 5S name.

With major money to be made form early adopters that want to put a case on their new iPhone as soon as possible, case makers rush to deliver a collection of new cases for each upcoming phone. These two new case options for the iPhone 5S and iPhone 5C are similar to the TPU cases we see arrive first for many phones.

At this point, cases arriving ahead of a phone’s release is almost as much a right of passage as going through the FCC and showing up on stage with a company executive.

A pair of iPhone 5S cases is also available on BoxWave shipping on September 10th for $7.95 and $24.95. These black and pink cases promise protection for the iPhone 5S. 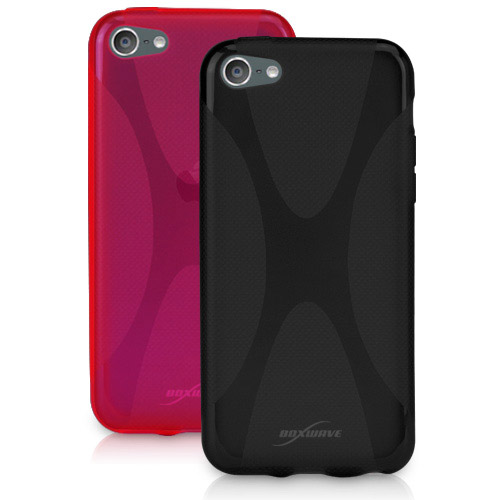 The company claims these are designed for the iPhone 5S, but the mock up does not include the larger pill-shaped flash we expect on the iPhone 5S when it arrives.

It is surprising to see a company selling iPhone 5S cases with a pre-order, considering the high likelihood of an iPhone 5S fitting into an iPhone 5 case without much of an issue.

The pair of iPhone 5C cases include a see through case and a black “Tuxedo” case, both of which make a lot of sense given the current crop of iPhone 5C rumors. 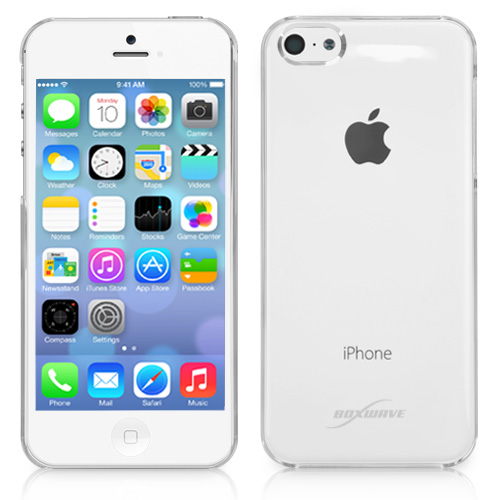 One of the first iPhone 5S cases arrives.

The iPhone 5C Shell case is a hard plastic case that user can see through. The case retails for $12.95 rom Boxwave and will reportedly ship on September 10th.

The iPhone 5C Tuxedo SuitUp case comes in black, for $7.95 and promises protection from fingerprints. This case is available in black, which is one color that some sources say the iPhone 5C will not come in. 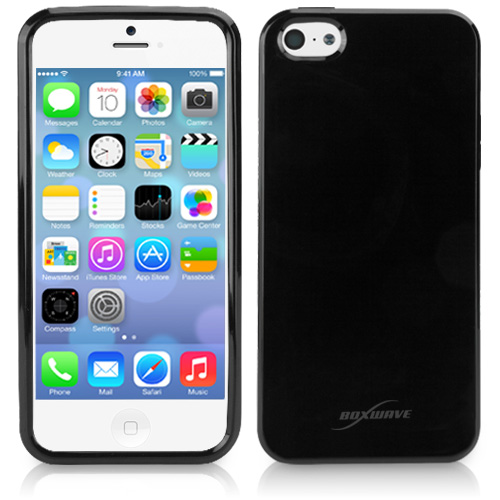 A black iPhone 5C case offers an option to dress up the colorful iPhone 5C.

BoxWave boasts, “This perfectly tailored design means your Apple iPhone 5C’s camera, flash, speakers, volume controls, and ports all remain uncovered and unhindered.”, on product pages for both of these cases.

Given the plethora of colors that the iPhone 5C should arrive in a clear case is a practical option for users that want to show off the colors. A video showing an alleged iPhone 5C back illustrates a very resilient material so a case may not be needed, but if the iPhone 5C doesn’t come in black users may want a black iPhone 5C case on hand.

Even with the early arrival, users may want to wait to see what options are available when the iPhone 5S and iPhone 5C announcements are made.