A lot of you, myself included, have been waiting for Flipboard‘s arrival on the iPhone and it appears that the wait will end in just a couple of weeks as the company’s Chairman and Chief Executive Mike McCue has told Reuters that he expects the app to launch for the iPhone and iPod touch in a ‘few weeks.’

For those unfamiliar with Flipboard, it’s a neat, magazine style way of reading all of your various news feeds from Facebook to Twitter to all of the stuff on your Google Reader RSS feeds. You can then tailor your experience to your liking. It’s fantastic and has been downloaded 3 million times but access to it has been limited.

It has only been available on the iPad. 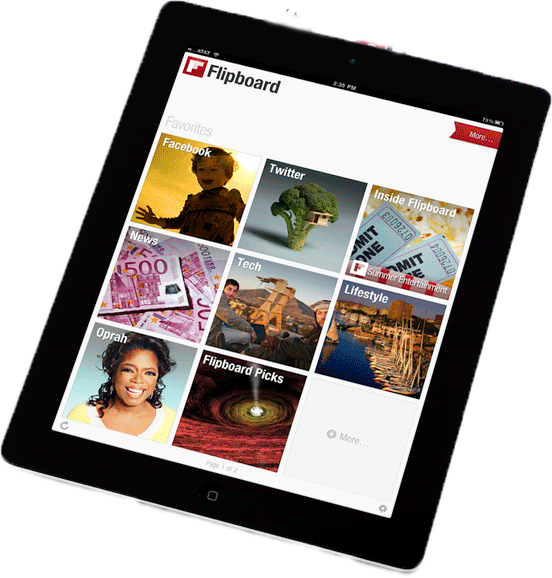 And it appears that expanding to the iPhone and iPod touch isn’t the only expanding that Flipboard will be doing. The company apparently is going to be branching out beyond news stories and plans to add TV shows and films to its content. As of yet, it appears that no deals have been cut with studios.

I’m excited to see how Flipboard translates to the smaller screen but if it looks anywhere close to as beautiful as it does on the iPad, I’ll be satisfied.