Sega has announced that a version of its popular soccer (football) manager game, dubbed Football Manager Handheld, will be hitting the Google Play Market and Android on April 11th.

The game is already out for iOS devices like the iPhone and the iPad.

The news, first reported by EuroGamer, is huge for Android owners who love soccer or have played previous versions of the popular game. 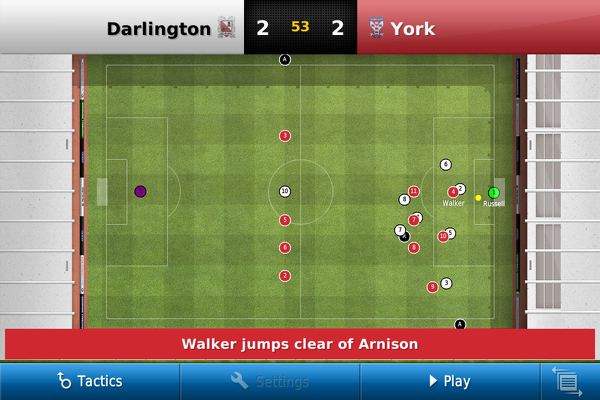 Personally, Football Manager is one of my favorite PC games of all time and needless to say, it’s exciting to see it finally heading to Android.

And just because it’s on a mobile device, doesn’t mean that the game will be short on features.

Included in the Android version of the game are leagues from 12 countries around the world, a “Challenge Mode” that will place you into certain managerial scenarios, and, of course, users will have full control over managing their selected team.

From transfers to lineup changes, it’s all there.

The game is only going to compatible with Android devices running Android 2.2 Froyo and up and it’s sure to look fantastic on displays like the one found on the Galaxy Nexus.

From the outset, it appears that the game will be available for £6.99 and Sega says that it should be coming to more Android app stores in the weeks ahead.

Again, this is one of my favorite games for the PC and I’m also a huge fan of the game on iOS. If you absolutely love soccer (football), this is a must have.