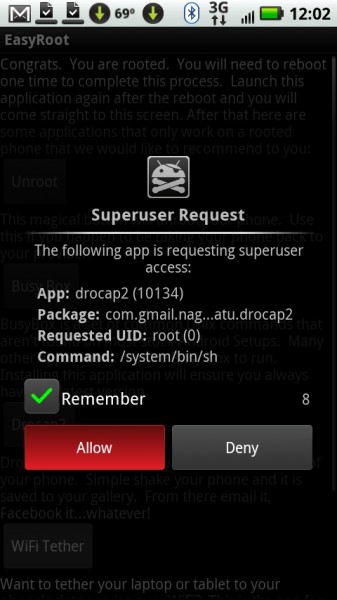 Verizon Wireless is the latest party, following Apple, to not be taking rooting, hacking, or jailbreaking kindly. Though the U.S. Digital Copyright Millennium Act makes it legal to root or jailbreak your phone, Verizon Wireless does not have to honor your warranty if something wrong happens to your device, regardless of the cause of the malfunction, as was experienced by several users.

Several users have reported on My Droid World that after they had rooted their phones and needed warranty service or repair, the carrier had replaced or repaired those devices, but also levied the full price of the replacement phone onto those users’ monthly bills, essentially charging those customers the full, non-contract price of whatever smartphone they owned.

In the past, with the issue of jailbreaking, Apple had reserved the right to refuse service to those who have jailbroken their iPhone, iPod Touch, or iPad. While Verizon Wireless would still service your device, it appears, it is not doing so freely and there will be costs involved.

Carriers and manufacturers–Verizon included–have maintained in the past that if a user alters their devices in any way, it would void the warranty and they would be under no contractual obligation to service said device. So legally, Verizon does have a point.

On one hand, the problem may be because the device’s manufacturer really screwed up. However, on the other hand, because rooting allows for so many things on the phone to be altered, changed, and manipulated, who is to say that the user didn’t accidentally fry the circuit on the phone because they had overclocked the phone to an unacceptable and dangerous level? Given that carriers and manufacturers perform numerous, long, and tedious tests on phones, software, ROMs, and hardware revisions before a phone ever gets certified for use on the network, a rooted phone with a hacked radio could potentially cause damage not just to the phone, but to the network. An unauthorized radio ROM could potentially place undue stress on Verizon Wireless’s tower(s) and degrade the experience for everyone connected to those towers, for instance. In that case, rooting affects not just your device, but the network itself, and Verizon probably wants users to be responsible.

Is Verizon’s action fair? As an Android user who roots myself, I’d argue that Verizon is within legal and ethical rights to nullify warranties to those who root. I’ve seen numerous users over the past year with issues because a root didn’t go well and who would try to abuse the system for a new phone.

It’s unclear though if Verizon’s policy extends to those without an optional carrier-issued insurance plan through Asurion, or if it also includes those who have paid for a monthly warranty. In the case of the latter, rooting may be just accidental damage, and I’d argue that users who have purchased insurance should still be entitled to a replacement with the due deductible.