No More Fragmentation: Apple Pushes Developers to Create for iOS 7

Given the drastic visual overhaul that Apple brought with the latest iOS 7 operating system, Apple is now forcing developers to adopt iOS 7’s visual UI for their apps. The company has advised iOS developers that all apps submitted after February 1, 2014 must be optimized for iOS 7 and built using Xcode 5. The move would at the very least remove visual fragmentation in the way apps look and feel for the iOS operating system.

This is unsurprising given the push that Apple has given iOS 7 to ensure that it runs on any iOS devices–iPhone, iPad, and iPod touch–that is capable and compatible with the software update. Devices that are compatible and are switched on to WiFi will automatically download the latest iOS build and install it without requiring user intervention, a forceful move done by Apple. 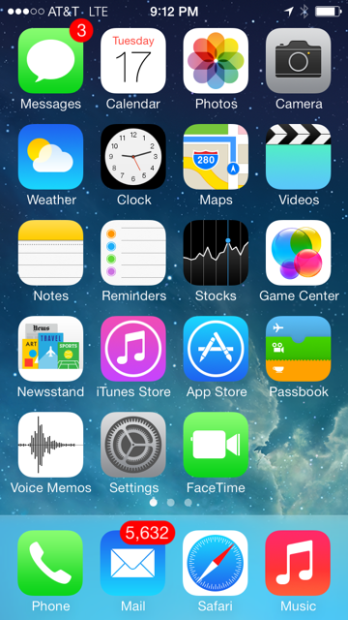 The new software brings changes to the design element as well as additional and welcomed features. It features a more clean, flat appearance, and an updated more minimalist keyboard. Apps that are updated for iOS 7 keep the consistency of the operating system and don’t create a jarring experience whereas opening an app that was designed for iOS 6 feels like night and day next to an iOS 7 app. For instance, the Google Voice app, which is optimized to fill the longer 4-inch Retina Display of the iPhone 5 and iPhone 5s, feels more archaic when opened on an iOS 7 device as it uses old design elements as well as Apple’s old software input keyboard.

With the new software guidelines, the entire experience on an iOS device will feel more unified and consistent. First-party apps from Apple as well as third-party apps will feel like they were created without any discord.