Not only is Ice Cream Sandwich ushering in an era of a more refined Android experience for Google, but the latest mobile OS designed to unify smartphones and tablets will also unify the Android ecosystem. With the introduction of Ice Cream Sandwich, we may begin to see the end of fragmentation when it comes to the Android platform. 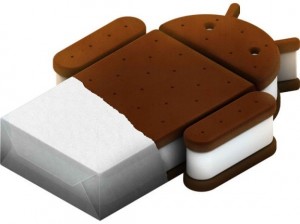 Google is now trying to achieve the feat of unifying Android together–which so far has been heavily skinned by various manufacturers with their own proprietary custom UI and user experiences, such as HTC’s Sense UI or Samsung’s TouchWiz UX. With Ice Cream Sandwich, the Android OS-maker is requesting that manufacturers include the stock Android 4.0 UI called Holo on their devices.

Failing to do so, Google will take away access to Android Market for non-compliance.

This still doesn’t bar manufacturers still from overlaying their own experiences on top of Android. It just requires that Holo be built as part of the experience. It’s unclear if a manufacturer, like HTC, would allow users to boot into either a Holo experience or if HTC Sense will always have to be front and center.

Perhaps requiring this new policy will allow Google to deploy major OS fixes rapidly without having to go through the manufacturer, and Google can begin to control the OS over-the-air (OTA) software update process much like what Microsoft and Apple have done for their respective platforms.