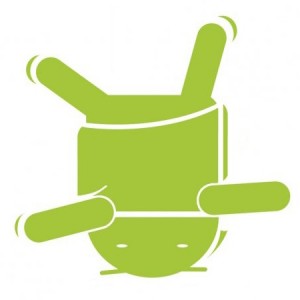 With recent news that there are now over 500,000 Android devices being activated daily, it’s hard to ignore the scale and reach of Android. Moreover, if you’re not yet an Android user, should you be following the herd being led by Andy Rubin, Larry Page, and Sergey Brin?

There are already many articles detailing the benefits of Android including the fact that it’s an open ecosystem, it hosts a vast array of device choices and form factors with a number of different manufacturers, devices are available at all price points from low-end entry level phones to high-end superphones, and at the cream of the crop Android represents one of the most powerful mobile computing platforms out there with support for modern web standards (HTML 5, Adobe Flash, Webkit-based browser), a healthy apps ecosystem, and a vibrant community of developers, hackers, tinkerers, and gurus who push the boundaries through rooting and ROMs to make your devices better than what manufacturers, Google, and carriers had envisioned. So instead, I’ll focus on some of the sour points of Android.

1. Fragmentation: This issue’s been beaten to death, but it still is a big obstacle for Google to overcome as there is fragmentation of the ecosytem on the hardware and on the software side–the former is something that Google isn’t necessarily the culprit of and the latter is something that is a double-edged sword in that fast advancements in the development of the still nascent OS is both a benefit and a drawback.

On the hardware fragmentation side, this is probably one reason why developers are still watching the Android space before releasing apps. On the smartphone side alone, there are a number of screen resolutions (QVGA, WQVGA, VGA, WVGA, FWVGA, and now qHD), a number of processor clock speeds made from various different companies all with varying graphics capabilities (Qualcomm, Texas Instruments, NVIDIA, Freescale, Samsung, and others), and various memory and storage space configurations. On iOS, there is only one iPhone, and several generations of the product available and usually developers target the most recent two or three generations of the iPhone to ensure broad compatibility. On Android, the complexity of the hardware environment leads to compatibility challenges that developers must address and tackle so some apps may work better on some phones than others, and it will be up to the user to decipher if their specific phone model is compatible with the app and if the app will be optimal with their device choice. The confusion of which phone will work with Netflix is enough to put off a few users from adopting the platform.

2. Obsolescence: While on the surface, Google’s aggressive push to release successive versions of the Android operating system shows that the company is trying to stay ahead to maintain a competitive edge with Android as well as its commitment to the platform, such a commitment does have its downside as well. For one, often times, carriers and manufacturers do not promise that today’s Android models will automatically get updated to tomorrow’s edition of the Android OS when Google releases it. And if an update is promised or even delivered, it is often delivered late.

The exception to this rule is a Google-branded Nexus product, which gets update delivered directly from Google and doesn’t need to get re-tested by manufacturers who may want to layer their own UIs and UXes on top.

Most likely, when the update for Gingerbread hits, it will only be new for a few months before the next iteration of Android–Ice Cream Sandwich.

So while Google has been one of the early players to deliver OTA software updates on a mobile platform, it’s lack of control of the ecosystem makes it hard to ensure that devices are kept up to date. Compared with the rigid control exerted by Microsoft with Windows Phone 7 and Apple with iOS, Android’s major upgrades (like between 2.2 to 2.3) is un-coordinated at best and just wishful thinking at worse.

It’s a bit un-nerving to know that the Thunderbolt that I had purchased a few months ago was released with a dated operating system, and that by time it gets an update, it may soon become dated again as the attention will then shift from Gingerbread to Ice Cream Sandwich. In the world of Android, it seems that in order to not get an obsolete version of the OS, one simply must buy a Nexus phone. Though as it stands, not every Android phone owner buys a Nexus product so most Android users will probably just buy a phone with a dated OS.

So 500,000 Android users a day. It’s kind of puzzling of the sheer number of adopters who are being suckered into a new handset with a dated version of an OS. I’ll admit, I am one of those just for the mere benefit of Verizon’s 4G LTE support on a mobile phone.