Fujitsu has informally announced details for its pair of tablets at the Consumer Electronics Show. While a formal announcement was not made, the company did announce some details to its Windows 7 slate, which unlike previous Tablet PC models, will be powered by an Atom-based Oak Trail processor. The 10.1-inch WinTel tablet is slated for release in early Q2 this year and has a removable battery, which will come in a 2-cell or 4-cell extended configuration. The Windows slate also has a custom UI on top of Windows 7 to serve as an app launcher and make the Windows operating system a bit more finger-friendly. 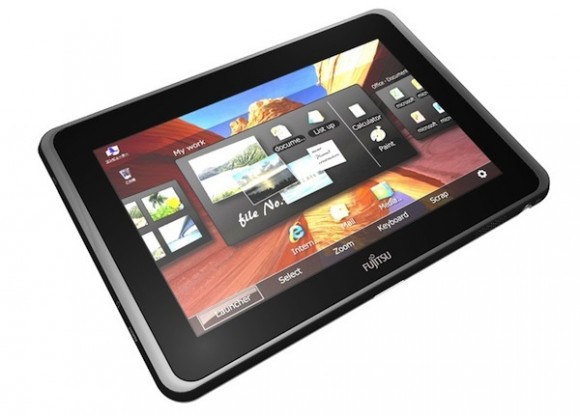 In terms of Android, the company says that the Android version won’t be ready until the end of the year. Fujitsu is still waiting for Google on releasing Android 3.0 Honeycomb, the version of Android that’s optimized for tablet as current and past versions of Google’s mobile and extensible operating system has been designed with a smartphone UI and UX paradigm in mind.

Additionally, Engadget is reporting that Fujitsu may have some tricks up its sleeves here at CES in Las Vegas. The company is said to have a waterproof tablet concept that’s in fully functional state running Microsoft’s Windows 7.