Recently, Microsoft Windows Phone president Andy Lee spoke about the future. As Liliputing tells us, he declared that one day all computing devices will run the same operating system. He said that PCs, smartphones, tablets, gaming consoles, and televisions would all be united. While we wouldn’t disagree that our future could be going in that direction, he is obviously inferring that Windows (or some future Microsoft OS) will be the One OS to Rule Them All. Sorry, Andy – it isn’t happening. 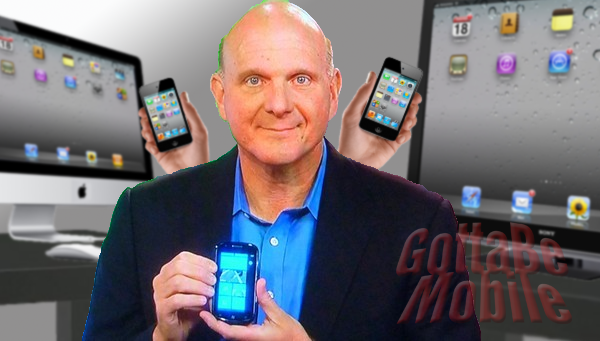 Do you get the sense that Microsoft is missing something?

Microsoft has already shown signs of moving in this unified direction. We know that Windows 8 is going to be tablet-optimized, and have a tile-oriented look similar to Windows Phone 7.

There’s only one problem: the days of Microsoft leading the charge are over. Yes, they still dominate desktops. PCs all the world over still run some version of Windows over any other OS by a large margin. But – disregarding some drastic shift in current trajectories – it won’t be desktop software that bleeds onto mobile devices. It will be the other way around.

Why would this be? After all, desktop operating systems are more advanced. No mobile device can run a full version of Photoshop or edit Hollywood feature films. Shouldn’t the more advanced software be leading the pack?

Logic may dictate that, but – in this case – that logic is wrong. It’s the mobile software that is leading the way. This has nothing to do with horsepower or capabilities – it has to do with money and passion. And those are flowing towards mobile devices. They’re flowing to mobile devices because they’re more personal.

Mobile devices are more personal than any PC has ever been. We carry them in our pockets. We use them to communicate with our loved ones, snap our treasured photos, and listen to our favorite music. Our mobile software connects with us on a human level. Desktop software just gets the job done.

A PC gives us a Powerpoint presentation with bullet-points of functions it can perform. Mobile devices enhance our lives.

In terms of these mobile operating systems that are leading the way, Apple is driving the car and Google is riding shotgun. Microsoft is locked in the trunk, bound and gagged – coughing up pieces of Vista and Windows Mobile.

Microsoft is in a state of deep denial over their loss of stature. Vista launched in 2007 – the same year that the iPhone did. The rest is history.

It’s apparently a history that Microsoft is still pretending didn’t happen. Five years ago, if Microsoft had gotten on stage and declared that one operating system would one day be powering every device that we have, we wouldn’t have disagreed that it would be some version of Windows. Today, they look like a washed-up former high school quarterback telling the three losers who still follow him what his next big plan is.

The iPhone happened, and Microsoft was caught with its pants down. This is what CEO Steve Ballmer had to say about Apple’s phone in 2007 (thanks to CNET from their great retrospective of quotes):

There’s no chance that the iPhone is going to get any significant market share. No chance. It’s a $500 subsidized item. They may make a lot of money. But if you actually take a look at the 1.3 billion phones that get sold, I’d prefer to have our software in 60 percent or 70 percent or 80 percent of them, than I would to have 2 percent or 3 percent, which is what Apple might get.

That software that he was envisioning in 60-80% of consumers’ phones was Windows Mobile. Four years later, WinMobile is extinct and their new smartphone OS, Windows Phone, is their (better late than never) attempt to catch up with Apple’s OS. You know, the one that was going to have a piddly 2-3% market share. Ouch.

So don’t blame us if we aren’t convinced that Microsoft’s vision of the future is going to go as planned. The untouchable empire of the Bill Gates era is gone, and the Ballmer reign is shaping up to be one of slow reflexes, denial, and desperation. Yes, Microsoft, we will likely have all of our devices powered by the same operating systems one day. Unfortunately for you, it will be iOS or Android.