Samsung’s Galaxy Note 3 Android 4.4 KitKat update came without warning and came without a detailed change log. Galaxy Note 3 owners were forced to rely on a leak to find out about the features on board the update. Since the initial roll out, the update has spread to other users though the update remains limited to Poland and Russia.

At some point, the update will continue to spread to Galaxy Note 3 owners around the world, bringing UI tweaks and some new functionality. It also looks like it will be bringing trouble along with it.

SamMobile, citing users on XDA-Developers forum, suggests that the authentication chip has sprung into action after Android 4.4 KitKat. One user claims that his Spigen S-View Flip case is no longer working. There appears to be a fix though it’s not free nor is it easy to perform. It requires removing a chip from Samsung’s official S-View case and tacking it onto the Spigen one. Once attached, the case seems to work as intended.

Complaints about this don’t seem to be widespread but that’s probably because the update is limited to two regions at the moment. Samsung’s leaked change log did not suggest that the company would start enforcing this rule after Android 4.4 KitKat but it’s pretty clear that something is amiss after the update. 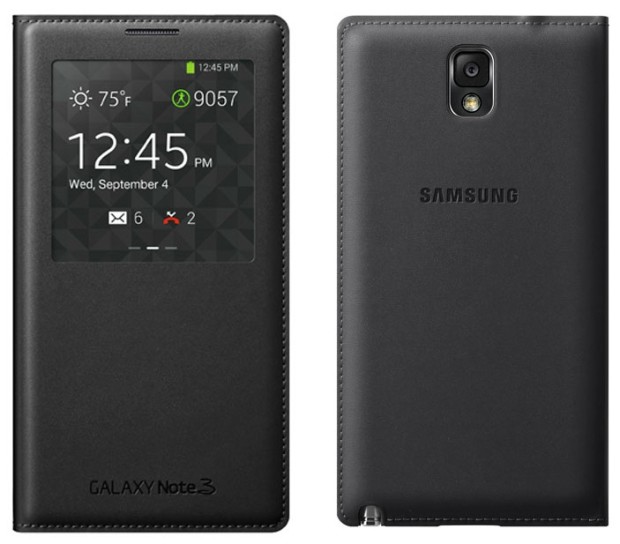 This Galaxy Note 3 case includes a window to see notifications and more.

For now, most Galaxy Note 3 users using third-party accessories are safe since the Galaxy Note 3 roll out is limited. However, Galaxy Note 3 owners in the United States will want to be careful before installing the Android 4.4 KitKat update when it arrives. The roll out is expected to take several weeks as Samsung works to upgrade all of its devices.

Users should also, for the moment, avoid buying third-party applications. We expect companies like Spigen to react to the news but at this point, they have remained quiet.