With the Galaxy Note 3 just a few days away from arriving at a Samsung Unpacked event, leaks are plentiful as consumers gear up for Samsung’s Galaxy Note 2 successor. The device, while unofficial, has emerged from the shadows many times offering consumers an idea about what to expect when it comes to hardware, software and more.

Rumors suggest that the device will boast a 5.68-inch 1080p display, a 13MP camera, Android 4.3 Jelly Bean, new S Pen features, massive battery and a new design. However, due to Samsung’s security, we haven’t managed to get a clear shot of the Galaxy Note 3 design meaning it’s a bit of a mystery ahead of the device’s September 4th launch. 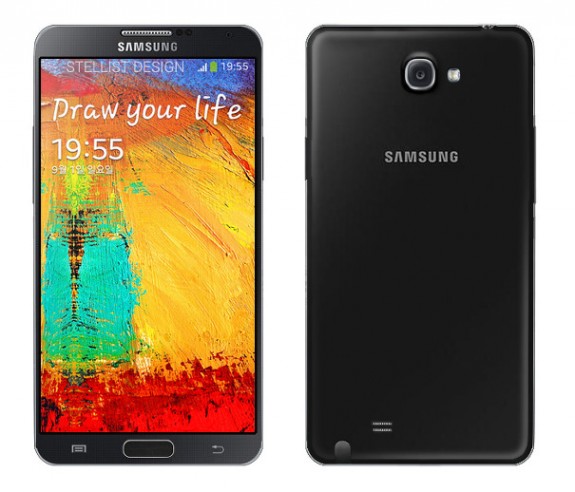 That said, Stellist Design took it upon itself to create a Galaxy Note 3 concept that makes all the Galaxy Note 3 leaks a reality. We see a design that is a bit taller than the Galaxy Note 2 to help fit the larger display. We see the thinner bezels which make the front of the device almost all screen. We see the Galaxy Note 3 background and lock screen that leaked out just a few short days ago. On the back, we see the camera mounted in the middle with LED flash, speaker grill and headphone jack.

We also get a look at how the device might match up with the Samsung Galaxy Note 2, Samsung’s current Galaxy Note model that is shown side-by-side with the Galaxy Note 3 concept.

This concept might not be identical to the Galaxy Note 3 but it could be close given that it’s based on the many leaks that we’ve seen emerge over the past few months ahead of the device’s arrival on shelves. 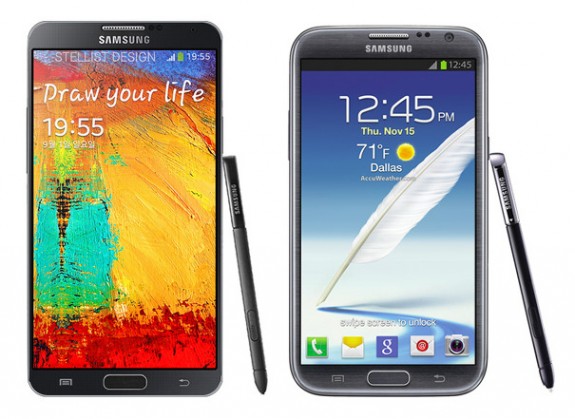 Galaxy Note 3 release date rumors indicate that the device could be out in mid-to-late September with rumors suggesting that we could see it as early as September 16th.

The United States was one of the first countries to get the Samsung Galaxy S4 but it’s unclear if the U.S. will be a part of the initial regions that offer the Galaxy Note 2.

Samsung’s launch event is thought to be coming about a week ahead of Apple’s iPhone 5S launch which looks set for September 10th. Invites have not been sent out yet so it’s possible that Apple will try to steal some thunder from Samsung by announcing the iPhone 5S launch date around the Galaxy Note 3 launch.