Thanks to a series of Samsung Galaxy Note 4 rumors, leaks and information from Samsung itself, we now have a fairly detailed Galaxy Note 4 release date timeline that pinpoints several pieces of the puzzle ahead of the device’s alongside the iPhone 6 in September.

The Samsung Galaxy Note 4 and the iPhone 6 have been two of the year’s most rumored smartphones. And after months and months of rumor, both of these devices appear to be just weeks away from hitting shelves.

Apple’s iPhone 6 is expected to be one of the year’s top devices with rumors pointing to a number of significant changes including a larger display, new processor, improved camera, iOS 8, and two larger screen sizes. The 5.5-inch iPhone 6 is expected to challenge the Galaxy Note series and the other big screen smartphones on the market.

Samsung Galaxy Note 4 rumors point to a serious contender to the iPhone 6. Galaxy Note 4 specs are said to include a new QHD resolution display, some big changes to the design including a fingerprint sensor, a much improved camera with optical image stabilization, enhanced software, and a release across all five major carriers in the United States.

In the last three weeks, we’ve started to get a read on both the Galaxy Note 4 release and the iPhone 6 release. And from the look of things, these two flagships appear to be on a collision course.

Earlier this week, a report from Recode outlined the iPhone 6 launch date. Apple is expected to announce the iPhone 6 on September 9th at an undisclosed location. A more recent report suggests that the company will announce both the 4.7-inch iPhone 6 and the 5.5-inch iPhone 6 at the event, putting added pressure on Samsung.

Let’s start with what we know. We know now, for sure, that Samsung is going to be announcing the Galaxy Note 4 on September 3rd at the company’s Unpacked 2014 Episode 2 launch event.

The company will be hosting its Unpacked 2014 Episode 2 launch event in three separate cities including New York City, Berlin, and Beijing. The United States, Europe and China are all key battlegrounds for smartphone manufacturers and it appears that Samsung is going to be taking the fight to the iPhone 6 in those regions in particular.

Samsung will provide a live stream so that those unable to attend the event will be able to watch the Galaxy Note 4 launch from the comforts of their couch or their work chair.

September 3rd is where we expect that we’ll heard about the Galaxy Note 4 release date for the first time. Samsung is now in the business of offering very specific release details at its launch events, just look at the Galaxy S5, and we’re expecting more of the same from the Galaxy Note 4’s launch. Especially since the iPhone 6 is going to be breathing down the company’s neck.

The evidence comes from a supposed Samsung employee who says Samsung sent in this document that outlines Paid Time Off or PTO. This document outlines the dates that are blacked out for PTO. We see September 3rd to September 7th which spans across the Unpacked event and the first two days of IFA 2014 in Berlin, Germany and we also see September 15th to September 28th.

While this document could be fake (if it is fake it’s an incredible fake), the information here fits in with everything we’ve seen and heard: A Galaxy Note 4 launch on September 3rd and a release that takes place earlier than last year.

If case you aren’t following along, here’s the partial timeline:

So what does this mean for September overall? 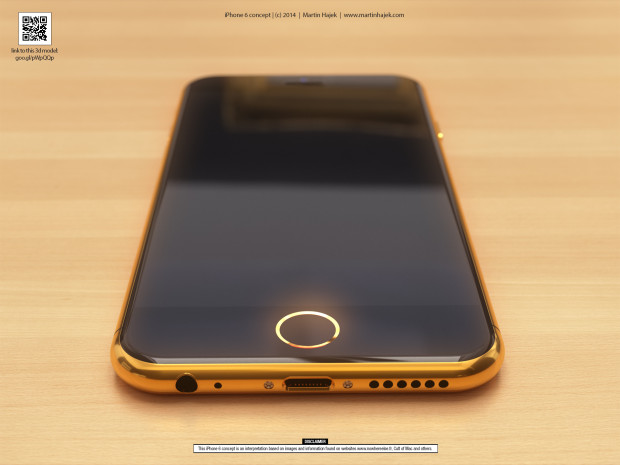 Here’s a potential September release timeline for those that are interested in both the iPhone 6 and the Samsung Galaxy Note 4.

This is, of course, a rough sketch. Plans can certainly change between now and September. However, from where we’re sitting, the four weeks of September should be chock full of releases including the iPhone 6, iOS 8 and the Samsung Galaxy Note 4.