Samsung’s Galaxy Note 5 smartphone comes with a beautiful 5.7-inch display and an all-new durable aluminum and glass design, but that premium design language comes with a few compromises. The tradeoff is it’s missing a micro-SD card slot for expandable storage and has a smaller, non-removable battery. A move that has potential buyers frustrated.

The Samsung Galaxy Note 5 and its Galaxy S6 Edge Plus sibling were both announced today in NYC, and will be available starting August 21st around the globe. Both devices have some of the best specs and features available today, and are arguable two of the best Android phones on the planet.

For years the Samsung Galaxy Galaxy Note has been a do-it-all smartphone. With top specs across the board, a stylus, tons of storage options and a huge battery that lasts for two days. One that could be swapped out when it runs out. This year though, neither of those are an option and buyers simply get a pretty design instead, a move that has some buyers upset. 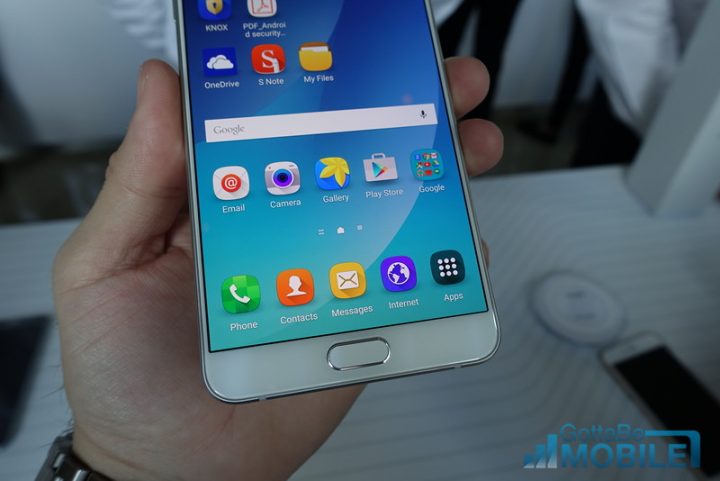 All Samsung devices have been made of plastic, which was fine for most, and came with expandable storage and removable battery options. Last year the Note 4 was better than most with an aluminum ring bezel, but the rest of the device was still made out of plastic. It came equipped with 32GB of storage and a micro-SD slot, as is powered by a huge 3,220 mAh battery that can be removed and replaced, and lasted for hours and hours. Not to mention some users replaced it with bigger extended batteries, battery cases and more, along with added 128GB micro-SD cards full of content to enjoy.

With the Samsung Galaxy S6 earlier this year we saw a glimpse of the future, with Samsung completely changing the design and dropping both of these features. Many hoped Samsung would keep a few of these features with the Galaxy Note, simply because it’s their highest end phone available, and a micro-SD slot just makes sense. Having a big screen for content consumption and a stylus allows owners to do a lot, but not if they’re running out of storage. 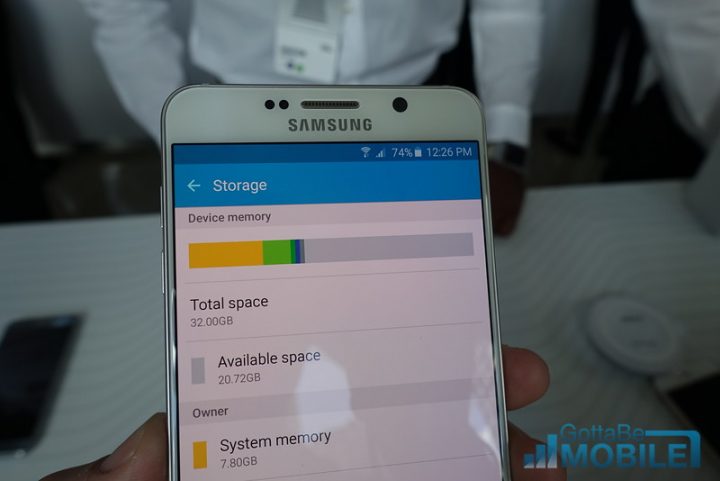 Shown above is a picture of the new Samsung Galaxy Note 5 with 32GB of storage. This year Samsung completely removed the micro-SD slot, and the phone only comes with 32 or 64GB of storage. They aren’t even offering a 128GB flavor like the Galaxy S6 earlier this year.

As a result, after all the software, apps, TouchWiz, and S-Pen tools users end up with roughly 20GB or so of space, and that’s it. There’s no way to add more like every other Samsung Galaxy S or Note device ever released. This has left countless users debating whether or not to get the Note 5, or pass and buy something else. It also seems to be alienating current Note users who now see no reason to upgrade.

@SamsungMobile No reason to get the Note 5 over the Note 4 when key features have been A REMOVED! This will be the first Note I don't own!

"Our Note customers are some of our most faithful. We have listened to you"
The Note 5 is no note. We've been betrayed.@SamsungMobile

Looking through the announcement posts by Samsung Mobile on Twitter and Facebook we’re seeing countless complaints about the lack of a micro-SD card and the smaller battery. In fact, some users are calling this a downgrade over the Galaxy Note 4 from 2014.

It is worth mentioning that Samsung is offering a 32 and 64GB option for buyers, and we’re hearing a few rumors that a 128GB version will be offered, but Samsung didn’t mention that during its unveiling today. Samsung claims the smaller battery won’t be an issue for multiple reasons. Those being the more efficient 8-core processor, and Android 5.1 Lollipop, both which help deliver similar battery performance with a smaller battery. Fast charging technology allows the device to recharge so fast that the small battery shouldn’t be a concern, and they’ve even introduced “fast wireless charging”. All moves to help settle the angry mob of users upset about the smaller battery. 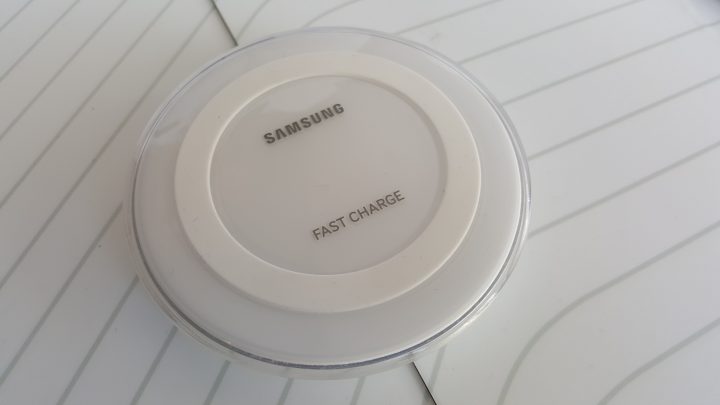 We are seeing a lot of users on Twitter stating that the battery isn’t a concern, but the micro-SD missing is a huge no-go for many potential buyers. With fast charging we’d agree, the battery isn’t a deal breaker, but the lack of a micro-SD card slot for expandable storage certainly was a poor decision, or huge oversight.

At the end of the day users will have to decide if these missing features are truly a deal-breaker that will stop them from getting arguably one of the best looking and most powerful Android smartphones available today. Buyers have a few weeks to decide, as the smartphone hits all carriers in the United States on or around August 21st. Go with the Galaxy Note 5, try the fancy Galaxy S6 Edge Plus, or check out LG’s G4 that has plenty to offer, including a micro-SD slot.