As we approach the rumored Samsung Galaxy Note 5 launch date, we continue to see new details emerge. Many of those details have come from leaked Galaxy Note 5 photos and today we want to take a look at those photos and tell about a few things we’ve learned ahead of the Galaxy Note 5 release.

Some of these rumors have come from alleged Galaxy Note 5 photos. Samsung hasn’t released any official photos of the device but we’ve seen molds from accessory makers and other photos hint at what’s to come. These photos are just a piece of the puzzle but they’ve been a big piece in buildup to Samsung’s inevitable announcement.

Keep these in mind as we press on deeper into the summer towards the supposed Samsung Galaxy Note 5 launch and release in August.

Earlier this year, Samsung ditched its plastic Galaxy S design in favor of a new design language that incorporates premium build materials. The Galaxy S6 and Galaxy S6 Edge feature glass and metal designs that put them on the same pedestal as the iPhone 6 and the HTC One M9. They’re gorgeous.

The Galaxy Note 4 foreshadowed these changes with its combination of plastic and metal and it looks like Samsung will go all the way with a full-on redesign this year. 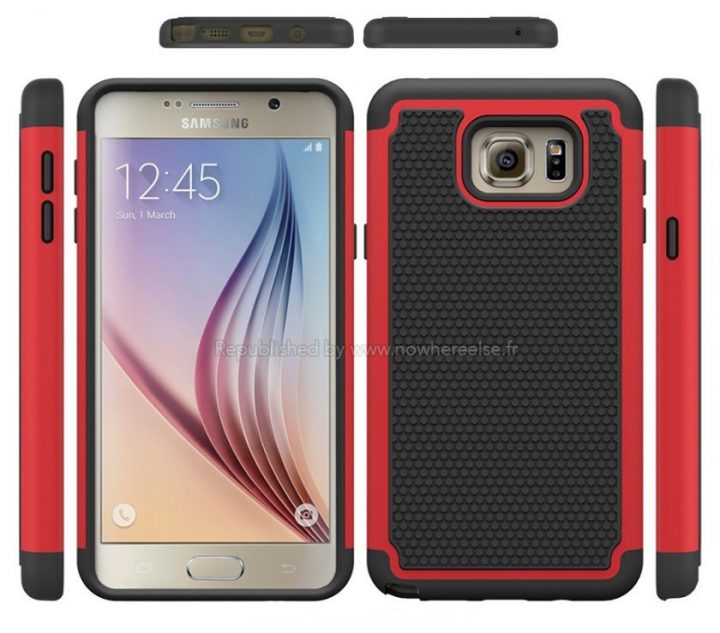 The latest round of Galaxy Note 5 design rumors point to the use of metal, glass, and a design that probably looks something like this. Several beautiful Galaxy Note 5 concepts have elaborated on these photo leaks and Galaxy Note 5 rumors to showcase what the real Galaxy Note 5 could look like when it arrives. Unsurprisingly, it looks a whole lot like the Galaxy S6. 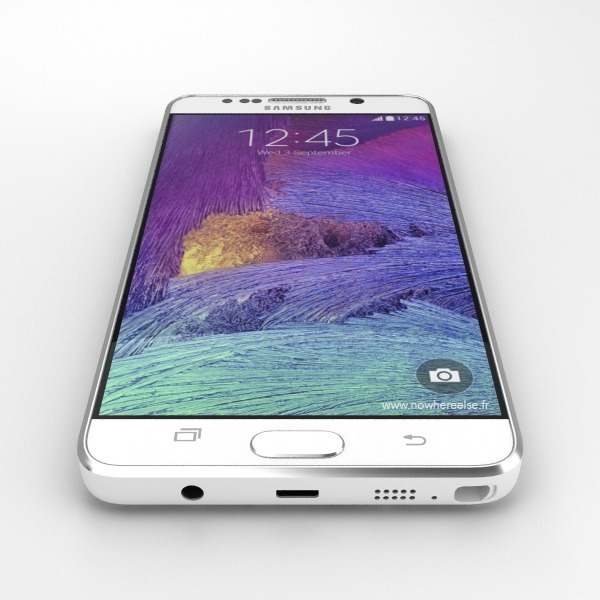 The move makes sense. There’s no going back to full-on plastic designs. The Galaxy S6 and Galaxy S6 Edge have set the bar and anything below that bar could make things difficult in a loaded fall lineup that includes the iPhone 6s and iPhone 6s Plus, two Galaxy Note 5 competitors.

These Galaxy Note 5 photo leaks also hint at the device’s exact dimensions and it looks like it could be an extremely thin device. Not as thin as the Galaxy S6 but thin nonetheless. 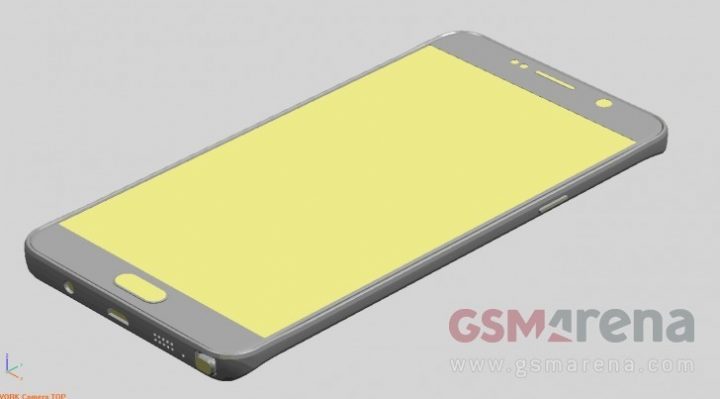 GSMArena recently released supposed Galaxy Note 5 renders from an accessory maker. If these cases are accurate and there’s no reason to believe that they aren’t (accessory makers typically get dimensions ahead of a device’s release so that they can prepare), the Galaxy Note 5 will measure 153.3mm x 76.1mm x 7.9mm in size. 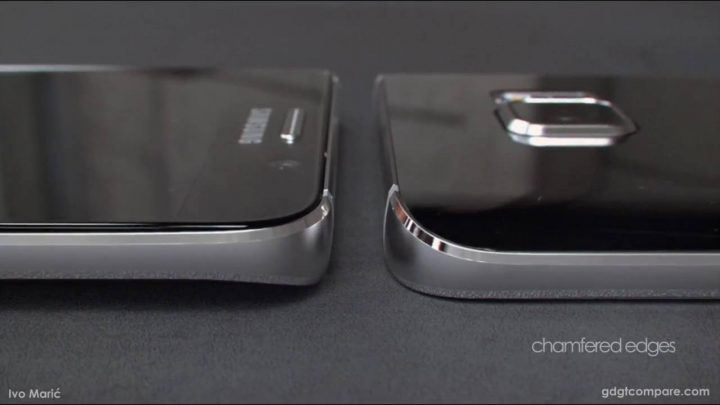 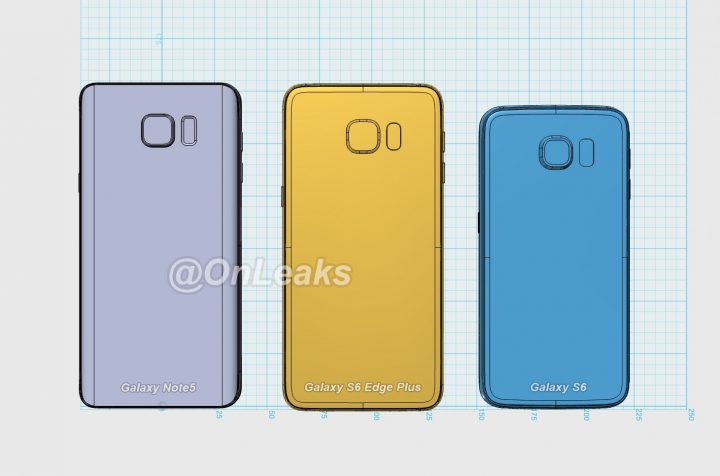 The Galaxy Note series has long been known for its big display and it doesn’t look like Samsung is going to cheat anyone here with the Galaxy Note 5. The photos and leaks depict a phone with a larger screen and those who are interested should expect Samsung to deliver. 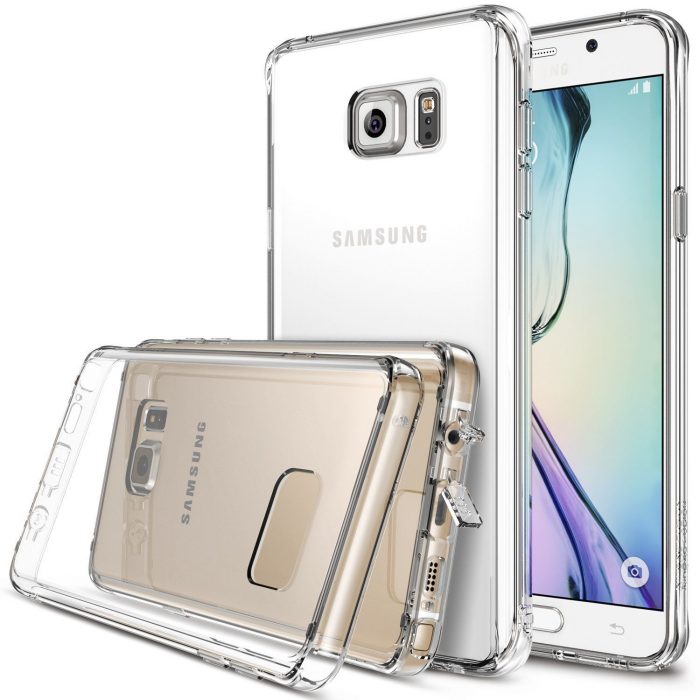 The Galaxy Note 5 will also reportedly feature the same 2560 x 1440 pixel resolution found on the Galaxy S6 and Galaxy S6 Edge. While many of you were probably hoping for an Ultra HD display, Quad HD is going to suit most people just fine.

It’s also looking like while the new Galaxy S6 Edge+ won’t come with an S Pen, the Galaxy Note 5 will indeed come with a brand new S Pen stylus. 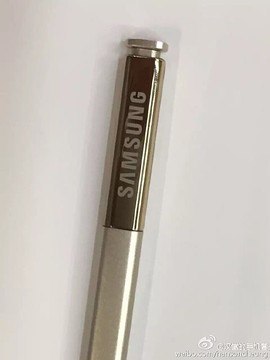 All of the photos we’ve seen show a holder for the S Pen. And what’s interesting is that these photos have pointed to a new feature that could potentially make getting the S Pen out of its holster a little bit easier.

Some new case leaks back up the other photos. The S Pen holder is flush with the device’s design. What this means is that it could arrive with that aut0-eject feature that Samsung patented for use with its Galaxy Note series. It also, as SamMobile points out, could use a “push-to-release mechanism” never before seen on the Galaxy Note. It’s not clear. 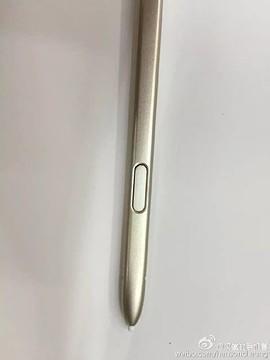 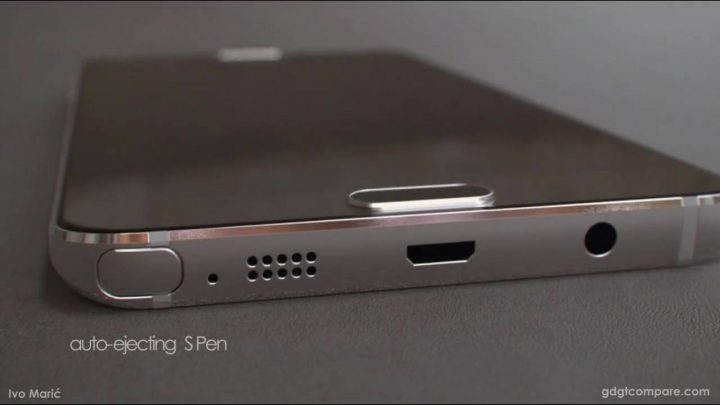 Recent reports suggest that the Galaxy Note 5 S Pen will “will look more like a pen” and that it will feel more like a real pen as well. We’ve also heard that the S Pen will match the color of the device. New photos show us just how that might look.

These photos come from popular Chinese microblogging site Weibo and they depict a new and improved S Pen that does, in fact, look more like a real pen. The pen’s tip backs up those “push-to-release” mechanism rumors as well.

At one point, Galaxy Note 5 rumors pointed to the arrival of USB Type-C. USB Type-C would allow the device to transfer files much faster than the USB technology on the Galaxy S6 and Galaxy Note 4. That would be huge for a media-intensive device like the Galaxy Note.

These recent Galaxy Note 5 leaks fail to depict a USB Type-C. Instead, the renders from case makers show a familiar USB port with older technology. This means slower transfer speeds and this also means is that you’ll probably still be using non-reversible USB cables with the Galaxy Note 5. 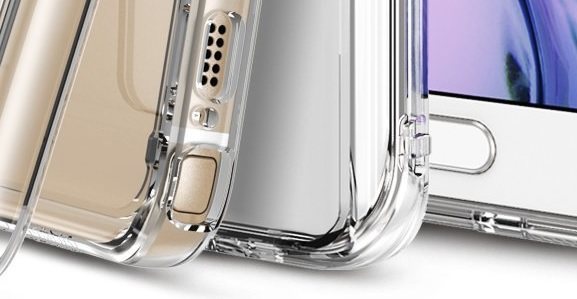 This probably means that the Galaxy Note 5 will come with several different storage options. The Galaxy S6 comes with 32GB, 64GB and 128GB of storage.

And given the premium design, the Galaxy Note 5 is not likely to have a removable battery. Instead, it’s rumored to have a massive 4,000 mAh battery. That’s much bigger than the batteries found inside the Galaxy Note 4, Galaxy S6, and Galaxy S6 Edge.