Galaxy Note 5 vs. iPhone 6: What We Know So Far

In September, after months of rumor and speculation, Apple took the stage and announced its brand new iPhone, the redesigned iPhone 6. The iPhone 6 comes in two different flavors, a 4.7-inch iPhone 6 and a 5.5-inch iPhone 6 Plus. This comparison focuses on the smaller iPhone 6 model.

As expected, the iPhone 6 arrived with a slew of new features including a new aluminum design, a larger Retina HD display, enhanced 8MP rear camera, and the company’s brand new iOS 8 operating system. In late September, Apple and its many carrier partners around the world released the iPhone 6 into the wild. The device immediately became one of the best phones on the market and it remains one of the best smartphone options on the table as we move further into 2015. It’s not without competition though.

Devices like the Galaxy S6, HTC One M9, and LG G4 are taking their best shots at Apple’s flagship and we expect the fight to intensify as we approach the end of the year. In fact, we’re already hearing about one potential competitor, device that we’re calling (for now) the Samsung Galaxy Note 5. 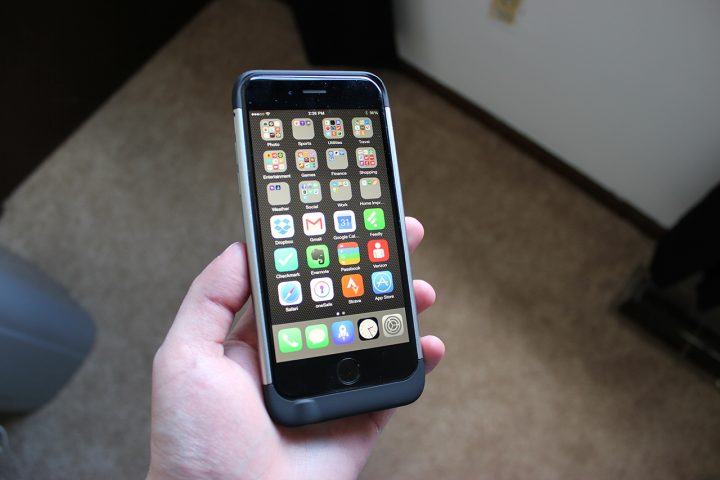 This early Galaxy Note 5 vs. iPhone 6 comparison will run down the latest Galaxy Note 5 rumors and show you how they would compare to Samsung’s current Galaxy S models. Here’s what you need to know as we push into May.

If you’re here, it’s probably because you’re interested in buying the iPhone 6 or the Galaxy Note 5 or both if you’re Mr. Moneybags. If that’s the debate going on in your head, well, know that you’re probably not going to be able to physically compare the two for several months at least.

Now before you get fixated on an August Galaxy Note 5 release date, we must tell you the publication also claimed that Samsung would release the Galaxy S6 in March. The Samsung Galaxy S6 release took place on April 10th for most countries. August would be nice but we’re still betting the house on a release in September, at the earliest.

If you’re at all familiar with the Galaxy Note series then you’d know that Samsung typically announces its new Galaxy Note at IFA. For those of you not familiar, IFA is a massive trade show that takes place every year in Berlin, Germany. The five Galaxy Note flagships in existence (Galaxy Note, Note 2, Note 3, Note 4, Note Edge) were all announced on stage around the start of IFA.

IFA 2015 kicks off on September 4th which means that September 1st-4th are the dates you should be circling in pencil on your calendar. You can circle August too but again, it’s a long shot given Samsung’s release cycle.

The important thing to know is that we’re probably still months away from a Galaxy Note 5 release date. It’s still extremely early in the Galaxy Note 5 rumor cycle. Nothing is concrete but we, like many others, aren’t expecting a release until September or October. For some of you, that will make your decision a little bit easier, for others, it will only complicate things further.

Apple’s iPhone 6 is available on an absurd amount of carriers in the United States. In the U.S., it’s available on the major players including AT&T, Sprint, T-Mobile, U.S. Cellular, and Verizon. It’s also available on a large number of pre-paid and regional carriers including C Spire, Cricket, Bluegrass Cellular. There is no shortage of options. So if Samsung follows its own Galaxy Note release pattern, the Galaxy Note 5 release will be far more limited in the U.S. 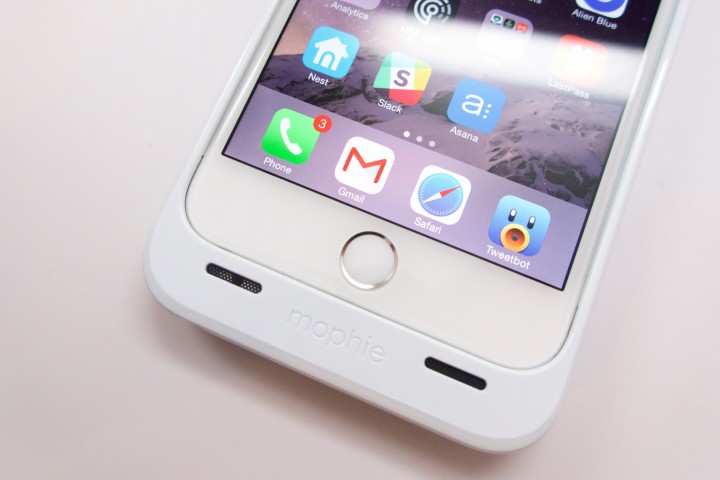 Galaxy Note 5 display rumors suggest that we could see Samsung take another step forward. Samsung will reportedly start production on a 6-inch Ultra HD display at 700+ pixels per inch in the near future. If it’s able to get the panel ready in time for the fall, it could mean a shift from Quad HD resolution to UHD. UHD delivers 2160 x 3840 resolution.

A recent report from PhoneArena, citing slides from Samsung’s Analyst Day event, suggests that Samsung is at least considering 2160 × 3840 pixel resolution for the Galaxy Note 5 display. The company is rumored to be throwing around a 5.89-inch display for both a flat and “Edge” Galaxy Note 5 model. In other words, we could see the Galaxy Note 5 deliver higher resolution display that offers a lot more real estate. This makes sense given that the Galaxy Note series utilizes an S Pen stylus.

So, in summary, here’s how the display specs could stack up: 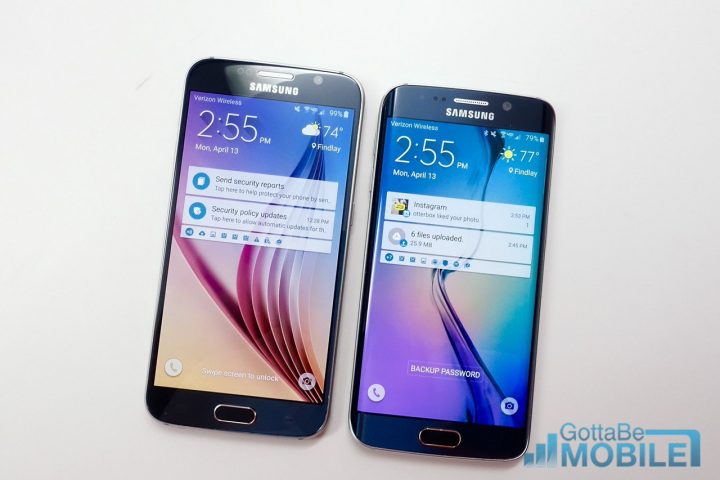 We recommend taking a look at our Galaxy S6 Edge review to familiarize with Samsung’s curved technology and its high-resolution AMOLED displays. And if you’re not familiar with the iPhone 6 display, take a look at our review.

Apple’s iPhone 6 comes with a sleek, all aluminum design that still ranks among the best on the market. This year, Samsung finally stepped up its game and released a new design language on the Galaxy S6 and Galaxy S6 Edge that puts them on par with Apple’s iPhone.

Samsung’s massive change also comes with some tradeoffs that iPhone users are accustomed to. Namely, the lack of a microSD card slot for expanded storage and the lack of a removable battery.

A new Samsung Galaxy Note 5 concept is making the rounds and while it’s gorgeous to look at, the design doesn’t come from Samsung itself. Samsung is well known for keeping its designs under lock and key. And because we’re still early in the rumor cycle, we haven’t heard much about the Galaxy Note 5 design. We have, however, seen one Samsung executive hint at what the Galaxy Note 5 could entail.

In recent comments made to Pocket-lint, Samsung UK’s vice president for mobile and IT Conor Pierce offered up some interesting quotes that seem to hint at what’s coming in the future:

Samsung is very focused on these key areas and Pierce himself suggests that the company’s upcoming products could come with some of these big changes on board:

It’s a lot to digest but what’s clear is that Samsung is not planning to dumb down its flagships. If anything, we could see the Galaxy Note 5 take a step up from the Galaxy Note 4 and Galaxy Note Edge and take a seat at the table next to the Galaxy S6, Galaxy S6 Edge and iPhone 6.

Apple’s iPhone 6 features a 64-bit, dual-core A8 processor from Apple. The processor is powerful enough and extremely efficient helping to deliver excellent iPhone 6 battery life. It’s impossible to compare the A8 to the Galaxy Note 5’s CPU because we don’t know what it will use. What we do know, however, is that Samsung always outfits its Galaxy Note with a powerful chip. The Galaxy Note 5 probably won’t be any different.

A report from the hit-or-miss publication Digitimes suggests that Qualcomm is trying to get its Snapdragon chips back into Samsung flagship smartphones. That’s not surprising at all though it’s still not clear if the company will be able to sway Samsung in time for the Samsung Galaxy Note 5 release date.

According to a report from Recode “Qualcomm plans to have its next-generation Snapdragon 820 processor manufactured at Samsung’s chip-making plants.” What this means is that the relationship between the two companies, while fractured, isn’t completely broken. The report also claims that “Qualcomm is hoping that the move to use Samsung’s factories will help it win back business for the next Galaxy S flagship” but again, it’s still not clear if it will land in Samsung’s next Galaxy Note flagship.

Either way, expect the Galaxy Note 5 to feature an upgraded processor that helps to deliver better performance and perhaps, better battery life as well. That will come in handy if Samsung opts to use its new design language with the Galaxy Note 5.