The Samsung Galaxy Note Jelly Bean update, which was promised all the way back in August of last year, appears to be on the way as Samsung UK has posted all of the details regarding the update to its website, a sign that a release date might be close.

Since August, when Samsung announced that the Galaxy Note Jelly Bean update would roll out “soon”, owners have been waiting patiently for the software to arrive. Since then, the company has offered very little other than a posting showing off some some of the features of the upcoming update including the Premium Suite that will bring Multi-Window View on top of the Jelly Bean features. 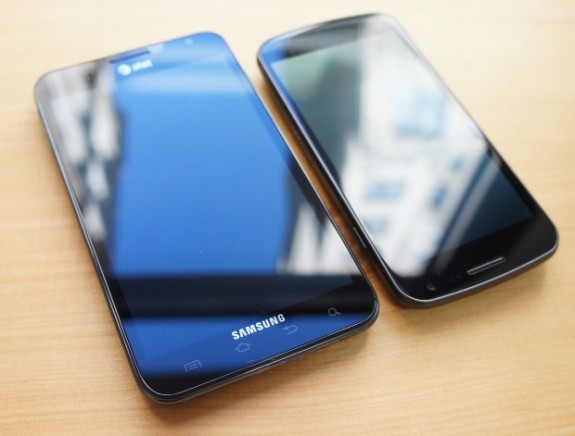 Now though, we have a sign that things are close as the Jelly Bean update has been found by PocketNow, posted on Samsung UK’s website in plain view. The manual shows off the features of the still unreleased Galaxy Note Android 4.1 Jelly Bean update. Unfortunately though, from the contents of the manual, it appears that an update is still completely unknown.

However, given that the manual has appeared for the GT-7100, the international version of the Galaxy Note, we imagine that an update may not be too far behind. And now that the Galaxy S2 Jelly Bean update has started to roll out, we knew it would be only a matter of time before Samsung started to prepare for the Galaxy Note upgrade.

Of course, what Galaxy Note owners will be looking for now is a release date, only, they shouldn’t expect one from Samsung’s mouth directly. Instead, the software will likely roll out silently to owners in a region or two and then roll out shortly to other regions in the weeks afterward. The update will likely start with the international version and move to carrier-branded models later on.

That means that AT&T Galaxy Note owners likely have several weeks of waiting to look forward to, even if the update does roll out sometime in the not-so-distant future.