Sadly, there is more bad news afoot my American friends. Recently, we learned that the Samsung Galaxy S II – one of the hottest Android phones to date – would be hitting three Canadian carriers in July. How? Bell, Virgin Mobile and SaskTel told us so. And today, we have our first release date. 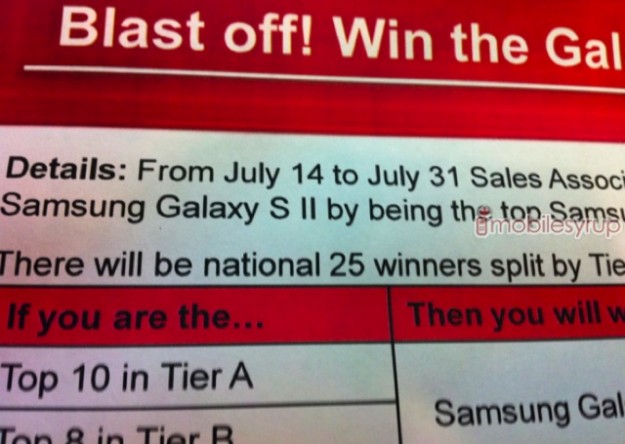 An internal document unearthed by MobileSyrup has revealed  that the device will be hitting Virgin Mobile, at the very least, on July 14th. That’s two weeks from now. And while our neighbors to the north are celebrating tonight, those of you in the U.S. are now left wondering when Samsung is going to be launching this device here in the States.

It’s certainly possible that we could see it launch in the United States between then and now but consider the fact that details and leaks have been extremely scarce. I mean, we still don’t even know if the device is going to be headed to T-Mobile or not. Other than some names and a picture of what we think is the AT&T Galaxy S II Attain, we haven’t seen or heard anything.

Maybe Samsung is going to be releasing that souped up version of the Galaxy S II in the U.S. Maybe not. At this point, I think many of you would just take the device that’s already launch elsewhere in the world.