Canadian carrier Telus will be getting Samsung’s second-generation flagship Galaxy S II smartphone variant known as the Galaxy S II X. The Galaxy S II X will be identical to T-Mobile USA’s variant, which is different from other Galaxy S II’s on the market in that these two models will sport a Qualcomm dual-core 1.5 GHz Snapdragon CPU instead of Samsung’s own 1.2 GHz dual-core Exynos processor. The reason, many have speculated, is because the Snapdragon chipsets are capable of supporting these carrier networks’ faster 42 Mbps HSPA+ network whereas the Exynos chips don’t reach the theoretical 42 Mbps speeds. 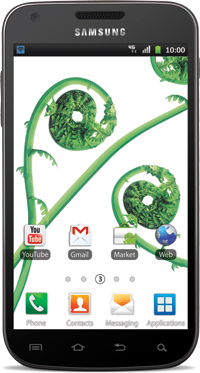 In the past, T-Mobile USA’s model has been codenamed Hercules. Telus’s variant will go on sale in Canada on October 28 for $99 on a three-year contract.