Samsung’s Galaxy Note comes with a skinny digitizer pen called the S Pen that users can stow away inside the phone when they’re not using it. I like the extra functionality this enables — see my review of the GNote for all the details — but people with big hands often find small styli like this uncomfortable to use.

If you’re more comfortable using a regular-sized pen, Samsung has an accessory that should please you. The Galaxy S Pen and Holder Kit has both an extra S Pen and a Holder that makes it the size of a normal pen. You get the side-button functionality and everything, just in a larger form factor.

How much is this comfort worth? Read this mini review to find out.

The S Pen holder could be mistaken for a typical pen the way it’s designed. Smooth, glossy black plastic dominates except near the tip where there’s a rubberized coating for greater comfort. This is also where you’ll find the S Pen’s side button, which sits more naturally under the fingers than on the smaller version.

Slide the smaller pen in and twist it back together and you’re set. No batteries necessary. With the S Pen inside, the whole thing is a little heavier than a typical pen, but not so much that this is a problem.

Even though I have no issues using the small S Pen, I found using it with the holder much more comfortable overall. It feels natural in my hand and the balance is good. And because the holder is longer than the S Pen it’s easier to write on the screen without touching it with your palm. I also noticed a little more accuracy when drawing shapes in the Crayon Physics game. 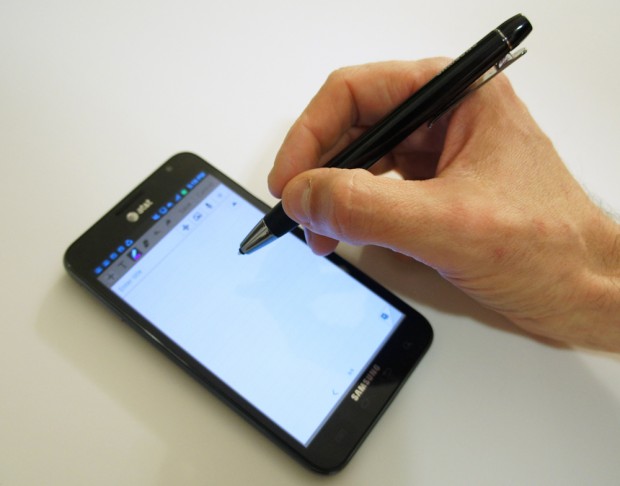 Because the side button sits under where my fingers naturally go I was more inclined to use it for the Home, Menu and Back gestures, thus eliminating the need to use my finger on the buttons.

The main drawback to the S Pen Holder is that there’s no clever way to attach it to the Galaxy Note. If you value having the port right therefor storage  it may put you off using the larger pen.

Another drawback is price; $60 is quite a bit of cash. $40 of that is the S Pen itself (you can buy an extra here without the holder). Unfortunately, Samsung doesn’t sell the holder on its own.

If $60 just seems like too much there are alternatives. I have a digitizer pen from an older ThinkPad tablet PC lying around and decided to try it on the Galaxy Note — it worked, side button and all. You can buy digitizer pen replacements for as little as $33. Non-ThinkPad digitizer pens may work as well. See update below.

Of course any capacitive stylus will also work on the display, but you won’t get the extra functions that come from the digitized pen (screenshots, gestures) or the fine point accuracy.

Is the S Pen and Holder Kit worth it? If the size of the S Pen is really a problem for you then the larger holder will make your experience more comfortable. But this accessory isn’t the only fix for that problem. That it comes with an extra S Pen is a bonus, but I do wish Samsung sold the holder alone. The high price hinders an otherwise recommendable accessory.

Update: Commenter Tim Walker points out that AT&T is selling the same kit for just $29.99. I was able to find a direct link so you don’t have to add the GNote first. For $30 I definitely recommend this accessory. Thanks, Tim! 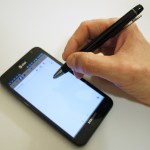 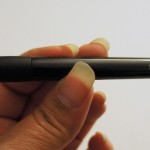 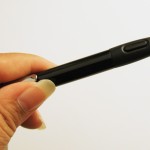 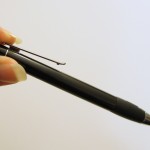 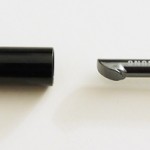 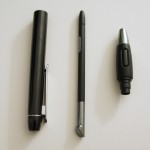 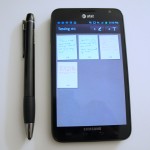