The Samsung Galaxy S2 Jelly Bean update, which rolled out to owners in Korea yesterday, is again rolling out today to users of the GT-I9100G Galaxy S2, a model that is found in both Asia and in Europe. And given the close proximity of the updates, it looks like Galaxy S2 owners might now be in the midst of a full on Jelly Bean roll out. 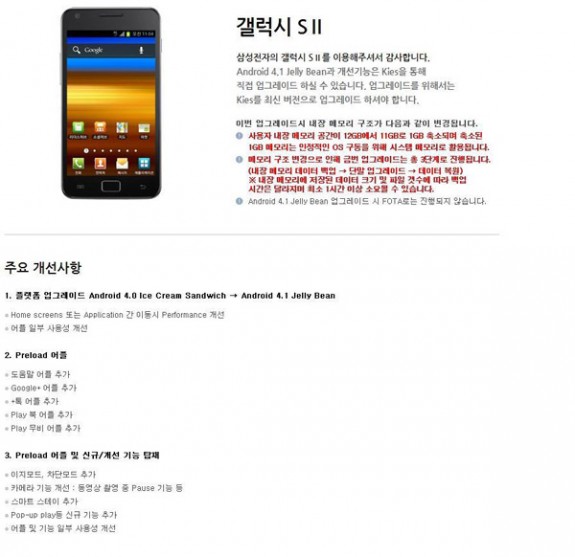 The Galaxy S2 Jelly Bean update has rolled out to more users today, just not in the U.S.

Now, it looks like even more users are receiving the update as SamMobile reports that the Galaxy S2 GT-I9100G Jelly Bean roll out has begun. The GT-I9100G is a device that is found in regions in both Europe and Asia and those that possess one will want to check for an upgrade today.

That upgrade should be Android 4.1.2 Jelly Bean which brings a host of new features and Samsung’s TouchWiz Nature UX which debuted back with the Galaxy S3. This is the biggest update that the Galaxy S2 has ever received and it’s one that owners should update to as fast as possible.

Samsung rolls out its Android updates in phases and the Android 4.1 Jelly Bean update is no different. Typically, a few regions will see the software and then Samsung will start rolling it out at a rapid pace. And it could be that after this update, we see the update start arriving in regions across the world.

Unfortunately, we still don’t know when or if the update will be coming to the United States. AT&T, Sprint, T-Mobile, U.S. Cellular and Verizon all have Galaxy S2 models on their networks, but thus far, none of them has said anything about the timing of their updates. None of the carriers have confirmed updates either.

At least one carrier, Rogers in Canada, says that it will be updating its device with Android 4.1 in late February, but the carrier already pushed to that date from one in January so at this point, it’s not a safe time frame to trust.