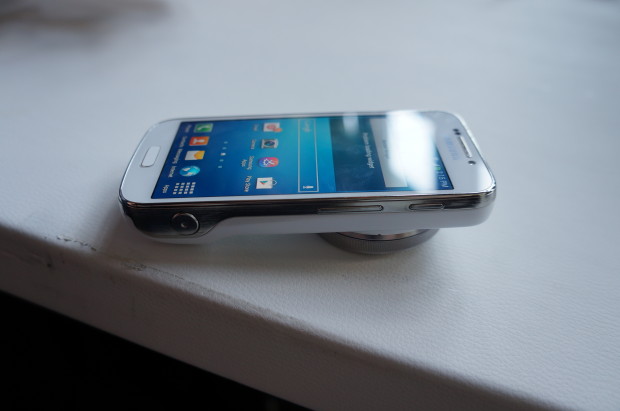 Thanks to SamMobile, we now know that Samsung’s Galaxy S4 Zoom KitKat update is pushing out to users in Russia. Russian Galaxy S4 Zoom users are the first to receive the update though they certainly won’t be the last.

Samsung’s Android 4.4 KitKat updates take a staggered approach. This means that the company starts off slow before pushing the update out to regions and users all over the world. The roll out process can take anywhere from a couple of weeks to several months. The roll out process is also extremely random and unpredictable so users will need to remain on their toes moving forward.

The Galaxy S4 Android 4.4.2 KitKat update for the Galaxy S4 Zoom is similar to the one that’s rolled out for other Galaxy S4 models. It comes with some incremental changes including a cosmetic change to the status bar, performance enhancements and more. It’s not in the same league as Android L but it’s a welcomed update nonetheless.

In Australia, Telstra, Vodafone and Optus have yet to roll out their Galaxy S4 Android 4.4.2 KitKat updates though Vodafone and Optus continue to hint at roll outs in July. Release dates still haven’t been confirmed which means that the timing serves as an ETA.

In the United States, users on MetroPCS and C Spire Wireless are still waiting for their upgrade to Android 4.4.2 KitKat. Neither carrier has delivered pertinent information about the missing upgrade so it’s not clear when the updates might roll out.

Android 4.4.3 KitKat and Android 4.4.4 KitKat are not major Android updates though they come with some significant changes on board. Both are bug fixers for the Android 4.4.2 KitKat update, an update that delivered a number of issues to Android owners including Galaxy Note 3, Galaxy S4, Galaxy S3, and Galaxy Note 2 users.